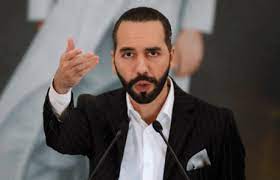 El Salvador is stepping up its efforts to promote Bitcoin use. El Salvador will provide people discount on fuel payments. This is to ensure that Citizens will be more inclined to utilize Bitcoin as a medium of exchange

Chivo has worked with a number of gas companies to help wallet users save money on gas. Gas stations in El Salvador will begin selling each gallon of fuel at a $0.20 discount to those who pay using the Bitcoin Chivo wallet, according to President Bukele.  Citizens will be more inclined to utilize Bitcoin as a medium of exchange as a result of this.

El Salvador’s President, Nayib Bukele, revealed the new perk on Twitter yesterday. The revelation was part of a larger thread about the country’s efforts to lower fuel prices.

Salvadorans, public transportation, and any local company can use Chivo to get the gas benefit starting on Thursday, September 30. The gas benefits, according to the announcement posters, are valid until at least October 14th.

For a year, the government will absorb any further increases in fuel prices on overseas markets. According to Bukele, this will lower gas prices for individuals and small companies in the country while also strengthening the economy.

Chivo wallet, on the other hand, will help to down gas prices. The business will make petrol $0.20 cheaper per gallon for users of its wallet thanks to a collaboration with the country’s major gas stations. According to the president, this will help to offset several rises in international fuel costs.

The advantage is all-encompassing, and it applies to El Salvador’s public transportation, entrepreneurs, people, and enterprises. Bukele believes that this will bring additional direct help to El Salvadorans while also lowering supply chain transportation expenses.

Another step in the direction of Bitcoin adoption

The Chivo collaboration also provides a financial incentive for citizens to transact in Bitcoin, but it is not explicitly acknowledged by the president. Many in El Salvador have opposed the passage of the country’s legal tender law since it was passed in June.

Despite citizen, media, and banker opposition, Bukele has been steadfast in his efforts to standardize Bitcoin across the country. When the Chivo wallet was first released, he gave citizens $30 worth of Bitcoin as a free inducement to utilize it.

Furthermore, it looks like the government is stockpiling Bitcoin at every opportunity. It just bought another 150 Bitcoins last week, bringing its total Bitcoin holdings to at least 700.

If you find this article informative then do share it with your friends and family! Also, leave your comments down below.