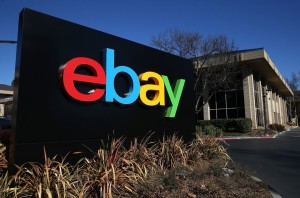 eBay announced Tuesday its acquisition of Ticketbis, an international ticket marketplace that expands StubHub’s reach into 47 markets. It also takes brands to those new markets by using data to target advertisements to site visitors based on their behavior across the Web.

“The acquisition of Ticketbis will enable us to significantly scale StubHub’s international footprint,” said Devin Wenig, president and CEO of eBay Inc. “eBay’s global presence will help StubHub acquire new customers as it expands into markets outside of the U.S. This deal reaffirms our commitment to investing in StubHub and helping fuel its momentum.”

The acquisition enables StubHub to grow its presence across Latin America and Europe and expand into Asia-Pacific. The company claims the acquisition makes it the global ticket marketplace leader as measured by volume of transactions and international presence.

StubHub president Scott Cutler said the “only boundary to an incredible experience is access,” and expanding his company’s reach to more dots on the globe remedies that.

StubHub was launched in 2000 and purchased by eBay seven years later for $310 million. Ticketbis, founded in 2009, has offices in Madrid and Bilbao, Spain.