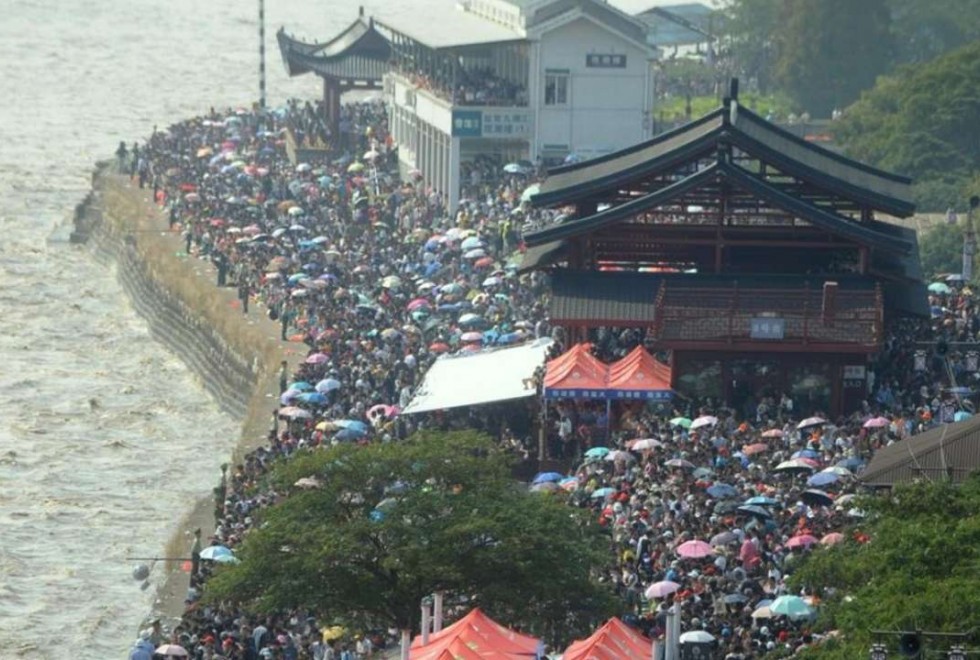 25 March 2016, China : China’s crowds can be deadly, Eight children died in a school stampede in Hunan in 2009. Three died and many were injured in a 2007 crush during a Carrefour sale in Chongqing. 37 people were killed in a stampede during Lantern Festival celebrations in Beijing in 2004. In 1991, a deadly crush in Taiyuan killed over 100 people. Even Shanghai itself has experienced this before, having lost at least 17 people in a stampede at a ferry terminal in 1987. But no more, Baidu’s Big Data Lab have a solution ‘data-crunching predictive’ AI.

Chinese search engine giant Baidu has developed a machine-learning algorithm that predicts whether crowds are likely to form at certain locations in two hours, which could be used to prevent stampedes.

The algorithm uses data from Baidu’s map app, said a research report published by Baidu’s Tuesday, studying the number of map queries and the number of users in an area.

Its map app accounts for over 70 per cent of China’s mapping services market, the company’s user statistics show. Many Chinese users often search

The lab began to concentrate on how to predict crowds in certain areas following the Shanghai stampede on New Year’s Eve in Dec 2014, where 36 people were killed during celebrations on the Bund riverfront, according to Wu Haishan, co-author of the report.

Using the map data, they found a way to determine the numbers in real time and trigger warnings 30 minutes to two hours ahead of time if unusually large crowds are expected to gather. This occurs when the number of queries for a specific location crosses a set threshold.

Machine learning is applied so that the algorithm can learn from search queries and better predict future crowds.

Wu said that the algorithm could be used by local governments, authorities and even venue operators to monitor crowds.

It may eventually provide the function as a public service feature on Baidu Maps, according to Wu. If implemented, the feature would allow users to see what the crowds are like in various locations using the app.