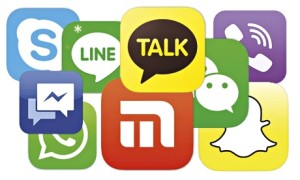 The last time US dept requested forhelp was to hunt down terrorists. This time, The Department of Defense’s innovation arm DARPA has urged someone to to help build a blockchain-based encrypted messaging app to replace “expensive, inefficient and brittle” systems that leave it exposed to cyber attacks.

Big the organization, bigger the problems! DARPA is facing the similar thing. Its backend is currently a complete mess, with emails all over the place, duplicated databases and an inability to sync files leaving it wide open to data theft and work piling up one after another.

DARPA believes, usage of customized version of blockchain distributed ledger technology would permanently log all sorts of transactions that currently create an annoying paper trail, anything from military purchases to troop movements or intelligence activity.

The Messaging app must have secured end-to-end encryption, and to avoid too much logs and data preservation, it should somewhat be like Snapchat-style ‘One-time watch only.’

Hoping someone will stand up for the nation and take the responsibilty to come up with a solution!