From Ms Keihanaikukauakahihuliheekahaunaele To Mr Null, The people Who Struggle To Do Anything On Computers 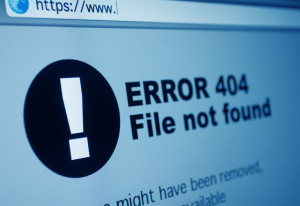 27 March 2016 : People with the last name ‘Null,’ have grown accustomed to the difficulties presented by the word.

By definition, ‘null’ means nothing, or zero – and this carries over to the language of computer programming.
As Christopher Null explains in an article for Wired, the short last name can make a person ‘invisible to computers.’
While some websites will accept the name, others will show the user an error message, explaining that the last name field cannot be left blank, or that the word is a ‘reserved term’ which cannot be used.

Or in a more extreme result, the site will crash.
To work around the issue, Null has tried multiple initial-name combinations, and typically relies on a trick in which he adds a period to his last name, making it ‘Null.’

As Christopher Null explains in an article for Wired , the short last name can make a person ‘invisible to computers’
But sometimes, using the name just won’t work at all.
Occasionally, Null points out that the last name also ‘leads to harmless hilarity,’ with mail showing up to his house addressed only to ‘Mr.’
The Wired writer isn’t the only person with this last name to experience problems.
After getting married and taking on her husband’s last name, a Virginia woman became Jennifer Null.
Soon enough, she began to understand the gripes his family often joked about surrounding the name, Null told the BBC.
For airplane tickets, government websites, and even the utility bill, Null has run into trouble entering her personal information.
To work around this, she typically has %9