Some news. Voonik is joining hands with ShopUp, a rocketship startup from Bangladesh. @hinava and I are joining as Cofounders – and we are incredibly excited about working with @Afeef_Zaman , @ataurRc and @SiffatSarwar to help build what will be Bangladesh's first Unicorn.

On Tuesday, Sujayath Ali, the founder and CEO of Voonik, released on Twitter that himself and Navaneetha Krishnan would join the fledgling Bangladesh-based startup as co-founders. This would be in addition to the current team consisting of co-founders Siffat Sarwar, Afeef Zaman, and CTO Ataur Chowdhury. 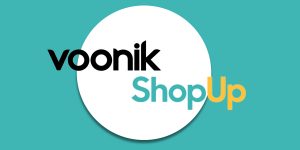