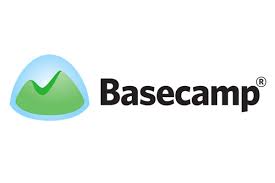 Basecamp is an American web software company based in Chicago, Illinois. The firm was co‑founded in 1999 by Jason Fried, Carlos Segura, and Ernest Kim as a web design company called 37signals.

In the late 90s, a web designer called Jason Fried started a company with two friends in Chicago. The company’s name was 37Signals and like many others at the time, the trio redesigned people’s websites. But unlike their peers, the way they went about getting clients was distinctly odd. If you visited their website back then, you’d be at least mildly baffled by its plain, barren look and you’d search in vain for a portfolio of previous projects or client testimonials or anything in the way of bragging rights. In their place, you’d find impassioned manifestos and articles in which the three designers spoke about everything they thought was wrong with business and how it should be done instead.

Their views were bizarre and contrarian and people browsing noticed them, some stopped and listened, many became clients.
By 2003 the designers at 37Signals could barely keep up with all the client work. Things began to slip through the cracks and they decided to look for a dedicated project management tool. But back then most such tools were clunky and complex, wasting more time than they saved, and so the year after, in 2004, Jason hired a Danish programmer called David Heinemeier Hanson to develop their own application in-house. When clients saw the finished product, many of them liked it so much they asked to license it.
This is the origin story of Basecamp, one of the most popular web applications for project management and team collaboration.

It’s been used by 16 million people worldwide and still continues to bring in several thousand new signups every week, more than a decade after it first launched. The company, which changed its name to Basecamp in 2014, has been valued at $100 billion dollars and has annual profits in the millions of dollars. David, the original programmer, eventually moved to Chicago and joined Jason as a business partner. If you haven’t heard of him, you’ve probably come across another one of his creations — Ruby on Rails, the popular web framework which grew out of his work on Basecamp.

The surprising thing about Basecamp’s success is not so much its magnitude as the unusual way in which it came to be. Remember the plucky web designers who didn’t even have a proper website and instead of sinking them, it’s what made them stand out? Well, that wasn’t the only unconventional thing 37Signals did on their way up. The entire story of the company is, in fact, a story of doing the opposite of what we think successful companies are supposed to do.
These are just a few of the controversial principles they live and run their business by. The core insight is that what we think of as best practices or just the way the real world works is often nothing more than received wisdom that doesn’t hold up empirically. The way Jason and David put it, “Our company fails the real-world test in all kinds of ways.” 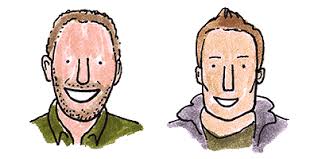 Here’s how Jason and David put it:
What’s with people who can’t build something without planning how to leave it? Would you go into a relationship planning the breakup? Would you write the prenup on a first date? Would you meet with a divorce lawyer the morning of your wedding?

Back in 1999, Jason started 37Signals with an intention that might strike some as youthfully and charmingly naïve: to do something meaningful on his own terms for the next several decades. From the very beginning, he was committed to what he calls “the long slow run”. And as far as you can tell, this commitment is still very much the driving force behind Basecamp.At that time they were managing projects via email.
“A few emails here and there are fine, but email chains break quickly when someone forgets to reply-all, and disorganization begins to reign.”
Communicating everything via email becomes tedious and no one knows where to go to get the latest status of a project. Email isn’t a place, it’s a method, and projects need places, home bases.
They eventually hit a breaking point. They didn’t like the rag-tag image we were portraying to our clients. Clients were paying us good money — and the work was good — but the way they organized the work, communicated about the work, and presented the work wasn’t becoming.

We went looking for a tool to do this. What we found were ancient relics from a time when project management meant blasting people with Gantt charts, stats, and graphs. To them, project management was all about communication. None of the software makers at the time seemed to agree. So they decided to make their something.
They focused on a very specific bundle of integrated tools — a message board to post updates, work, and get feedback. To-do lists to keep track of all the work that had to get done. And milestones to keep track of big picture deadlines. This was all the first version of Basecamp did. It’s all we needed and nothing we didn’t.
They started using it internally with our clients and they all kept asking “What is this thing? Can we use it to run our projects?” Once you hear that enough, a lightbulb turns on and you say “Maybe we’ve got something here”. This idea, this thing we made for ourselves, perhaps it’s a product. If they need it, surely hundreds of thousands of businesses just like ours need it too.
So they spent a few more months tightening it up, improving it on every dimension, and then, on February 4, 2004, we released the first version of Basecamp. We announced it on our blog and waited. Initially offered everyone one free project, and then if you wanted more you could upgrade to one of our three payment plans.
They decided early on that if we were able to generate around $5000/month after a year (or about $60,000 in annual revenue), they didhave a good thing going. Turns out, they hit that number in about 6 weeks. So we were on to something.
Basecamp grew and grew and became more and more popular — especially with design firms and client services firms that worked with clients. And about a year later, Basecamp was doing more business than our web design consulting business, so we stopped taking on new web design clients and focused all of our energy on building Basecamp. 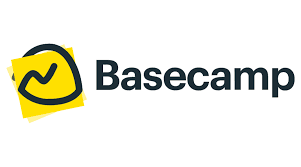 Since then they have made the product better in a thousand ways. they released hundreds of major updates and thousands of minor ones. From humble beginnings, Basecamp has grown into a major force — the world’s most popular project management tool.
Over time, Basecamp has made its way into every industry across the globe. From client services to software development, to publishers, to universities, to international charities, to mom and pop shops, to religious organizations, to architects, lawyers, accountants, and doctors, anyone with a project can turn to Basecamp and end up with a better project, a smoother-running project.
Millions of people, hundreds of thousands of companies, non-profits, and institutions come to rely on Basecamp to help them make progress on their projects. We are so thankful for everyone’s trust and support. We promise to continue to do our best work for all our customers.
And now, at the end of 2015, they set to release the best version of Basecamp they ever made: Basecamp 3. All-new from the ground up, layered with improvement after improvement, this is the most ambitious version of Basecamp they ever released.
They learned so much over the years. Fueled by insights generated from extensive customer feedback and direct experiences, they made Basecamp 3 exceptionally powerful without sacrificing any of the simple, clear, straightforwardness people have come to expect from us. Aside from being the best version of Basecamp ever made, it’s also the most approachable, the easiest to use, and the friendliest version there is 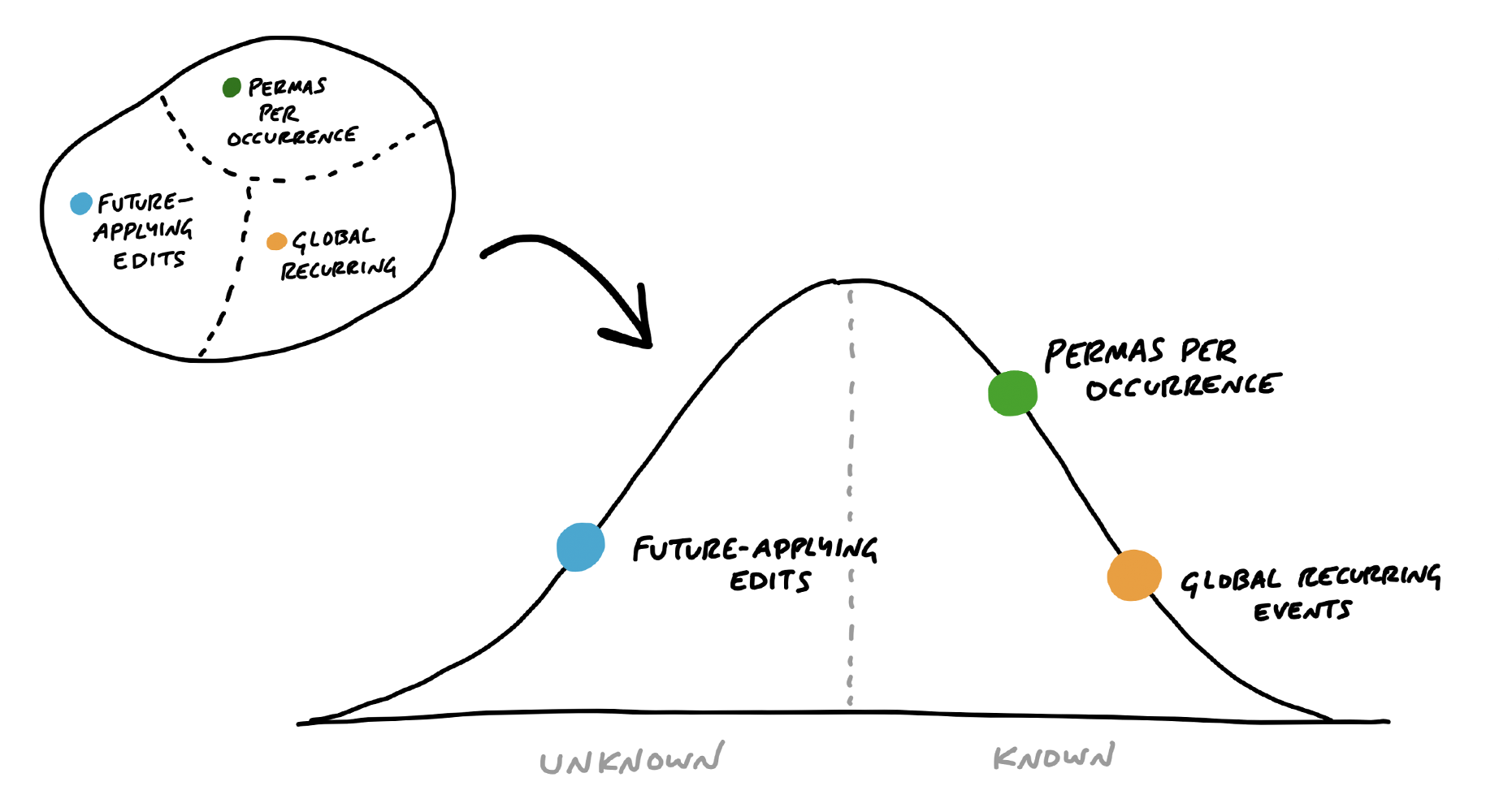 David Heinemeier Hansson remembers the moment he became a millionaire. He grew up “lower middle class,” so the moment was significant, he said.
There’s always an appetite for more, and a belief that just a little extra was going to be the tipping point for eternal bliss,” he said. “Dreaming of an Amiga 1200 (a personal computer released in the early 1990s), making it happen, and then thinking that, oh, what I really needed was that Amiga 4000. Somehow the repeated treadmill never seemed to bare its underlying truth, no matter how many times I took it for a run,” he wrote.
When it seemed to finally be happening thanks to Basecamp, the anticipation of becoming a millionaire was intense.
“I remember the weeks leading up to that day when the numbers in my checking account suddenly swelled dramatically. They were anxious. I stood at the doorsteps of The Dream,” he wrote. “A lifetime of expectations about how totally, utterly awesome it would be to be a millionaire. I’d be able to buy all the computers and cameras I ever wanted and any car I desired!”

Funding
In 2006, Jeff Bezos bought a minority, no-control stake of Basecamp from Jason and me. We didn’t need any money to run the company, as we’d been profitable from the get-go, so none of it went to fund “our incredible journey”. As the Valley players say, we took money off the table.
We see that the small firm took off with a mind to fix the issue.

Basecamp is an example of a bringing a vision to reality. The story of Basecamp gives hope to many entrepreneurs to come forward and do something. Basecamp breaks the stereotypes about the usual billion dollar ideas. Basecamp came into thought because of a small problem they faced and to tackle that their invention is now a billion dollar company.
Start thinking simple sometimes and that can lead to bigger success.