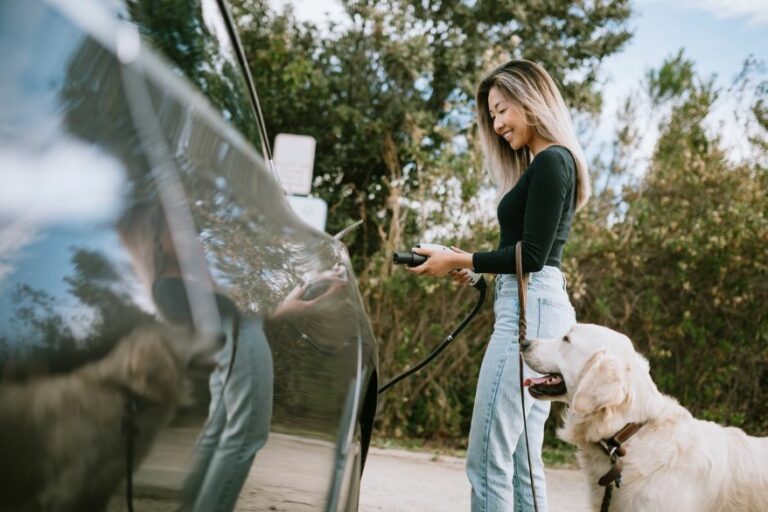 $7.5K tax credit for EV buyers opting newer companies in the US

The United States EV tax credit made notable changes in favor of EV buyers in the US. This applies to any customer who purchases an EV from a company that sold below 200,000 vehicles till the time of the purchase. They will get a $7,500 check from the federal government. This program disqualifies Tesla and General Motors as they have sold more EVs than mentioned.

Despite the attractive tax credit, the Bipartisan Infrastructure bill is yet to be implemented. More conditions will be included which might exclude other EV sellers too. It would also include based on the cost of the car and the annual income of the buyer. The amendment passed on Tuesday included that the EV should cost below $40,000 and customers with annual income less than $100,000 can avail of the EV credit.

As Nebraska’s  Senator Deb Fischer tweeted, “Everyday Americans are living paycheck to paycheck because of the sharp rise in costs due to #Bideninflation. We shouldn’t be subsidizing luxury vehicles for the rich using money from hard-working taxpayers.”

The Senate did the right thing by passing my amendment that would prohibit wealthy Americans from claiming a tax credit when they buy an electric vehicle. pic.twitter.com/fJVBeLgJYe

For months now, Joe Biden has been working on implementing environmental policies. A major part of it is the automobile industry shifting towards electric vehicles. While a substantial investment, $7.5 billion is going for EV infrastructure, the rest is expected to go in other ways.

A recent EV event with the top automakers in the country ensured that their fleet is 50% electric by 2030. And more electric models are yet to be released by various traditional automakers who have been in the industry for a long.

The future of the auto industry is electric — and made in America.

Today I'm signing an executive order with a goal to make 50% of new vehicles sold by 2030 zero-emission — and unveiling steps to reverse the previous administration’s short-sighted rollback of vehicle standards.

More details are yet to be confirmed. Where a total tax credit of $12,500 was planned, which doesn’t restrict companies that sold more than 200,000 vehicles. However, it applies only to those vehicles which cost under $80,000 and are assembled in the country. The break up of the tax credit is-  $7,500 for the electric vehicle and $2,500 for assembling the cars within the country. However, according to Kelly Blue Book, the $40,000 limit would eliminate many EV cars. It is possible for two-wheeler start-ups and other startups to find affordable solutions to get benefits. While already popular companies like Tesla would receive benefits from the charging infrastructure bill, the other smaller companies would be benefiting from the tax credit availability. Reducing the EV cost below $40,000 might result in lower technological standards like not being available for autonomous software.