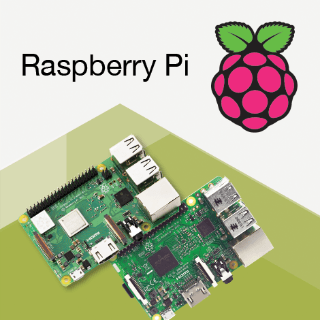 Raspberry Pi Zero is the size of a thumb but is unbelievably more powerful than the original Pi (2012’s Raspberry Pi 1 Model B) and only costs $5.

Pi 3 has more connectivity options than Pi Zero but it doesn’t make it fall behind it has plenty of accessories to make up for this, and the all-new Zero W board adds Wifi to the fray.

The result of this is cheaper projects in more smaller packages!!

Raspberry Pi-powered dashboard with integrated Amazon Alexa called The Dride. Pi’s camera module is combined with a custom built open source software and a mobile app which uses your mobile data to upload footage to the cloud storage.

The camera also captures license plates, gives the warning if you’re swerving and alert you if in danger of a collision from the front. It has also the ability to sync with Google Maps and Spotify (via the mobile app) and hands-free messaging which enables you to control navigation and music while keeping eyes on the road.

With the Help of Pi Camera module and a custom build complete with shutter and a battery pack. A little software magic via tools such as PiCamera, GraphicsMagick, and GifCam and homemade GIFS that can then be easily processed and shared.

The camera case is 3D-printed and paper wrappers to print out to give the camera a ‘90s retro feel’.

All of the parts and instructions can be found on hackaday.io.

Studying the board, seeing things from different angles, and keeping your finger on that piece until you’re absolutely sure you’re not walking into a trap that’s what chess is about and a computer chess program can’t come close.

But now, thanks to the Raspberry Pi Zero – with a touchscreen, a few magnets, some LEDs and some software magic – you can play against a computer on a wooden board.

With the help of an open-source chess engine called Stockfish, which allows players to choose the difficulty level – beginner to grandmaster – and set the personality of the opponent and as well register all the moves.

Every piece has a magnet connected to the bottom, which tracks it from the start of the game. The computer responds by lighting an LED under the piece it wishes to move, as well as the square to which it wishes to move it to.

Kodi loaded streaming boxes are everywhere in the market, but you can build your own with pi Zero to save money.

The version has lesser connectivity options than builds, use a full fat Pi, but a $6 starter kit overcomes most of the limitations.

The operating system featured here is called OSMC – it has Kodi build in and it’s loaded using a microSD card using installer for your Mac or PC.

You can add connectivity to your Pi Zero using a USB Wi-Fi adapter or just buy a slightly more expensive Zero W, which makes setup relatively straightforward and also enables you to configure a smartphone remote that lets you control media. 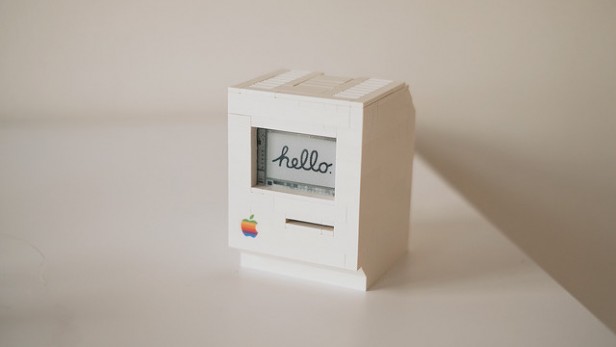 Jannis Hermanns developed classic Macintosh from lego and he brought it to life using Raspberry Pi Zero and a tiny e-paper display.

It ain’t as same as using a 5k iMac, but it’s a functional mini-machine that runs the Docker open-source software along with service called resin.io.

Combined with the e-paper screen, the little beauty can do small stuff like display basic images or be used as a clock.

It’s a technical project that involves advanced coding and soldering, Hermanns details the entire build over on his blog here.

6. The best RetroPi build ever?

The Raspberry Pi has started a race among makers to create the smallest, quickest and coolest retro game console.

After building a functional but messy version last year, ‘Wermy’ took-up 3D printing to design a case for the components add a better screen, USB sound, and a hinge to hold display portion in place while playing. And with the presence of the new Pi Zero W brings WiFI, making it easier to update games and software.

Wermy is also planning to publish the full plans which include the 3D printing files.

With this setup, a DJ only needs a USB stick loaded with tunes, rather than an expensive laptop full of music. It’s just a case of connecting USB stick, choosing the track from the connected touchscreen, and then dropping the needle on a control vinyl. According to creator Danial James, Raspberry Pi 3 offers real-time performance that’s easily a match for a laptop-based system.

Its easy to build a PiDeck, the software is freely available on GitHub, and the end product promises to provide an affordable solution for starter DJ’s.