80-year-olds use Alexa for the 1st time and their reaction is priceless!

We often see how our parents get fascinated by the new technology that comes out today. But if they were born after the 1970s, I assume they would still not be that surprised. However, for ones born before the 1950s, today’s innovations are just miracles. And you will understand that when you see these 80-year-olds use Alexa for the 1st time. Their reactions are just priceless.

The old man Kenny first asks someone in the background, “Can I ask her?” 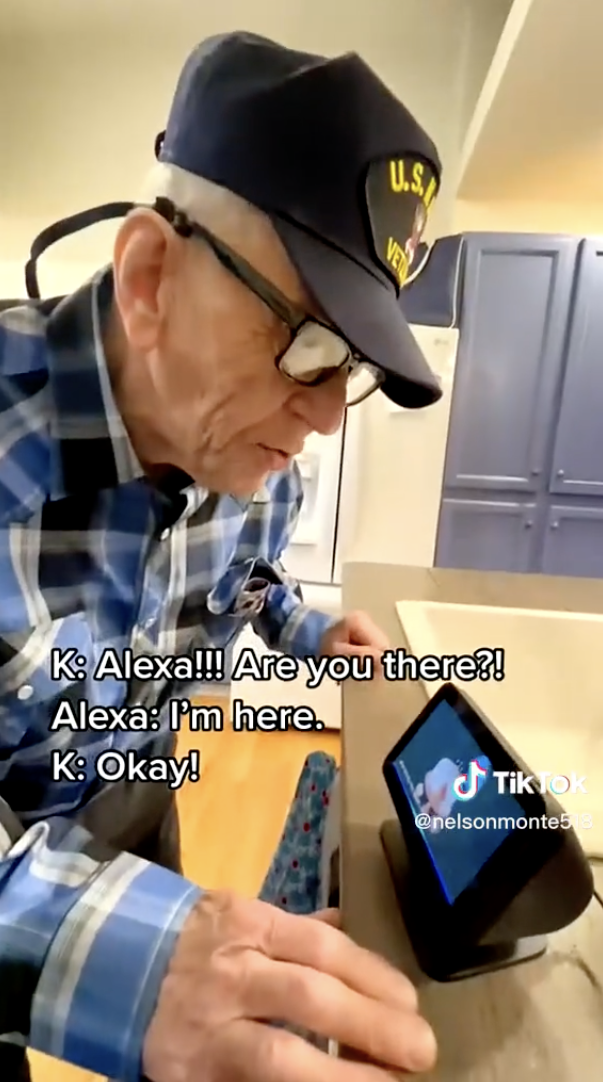 This time Alexa replies, “I am here.” 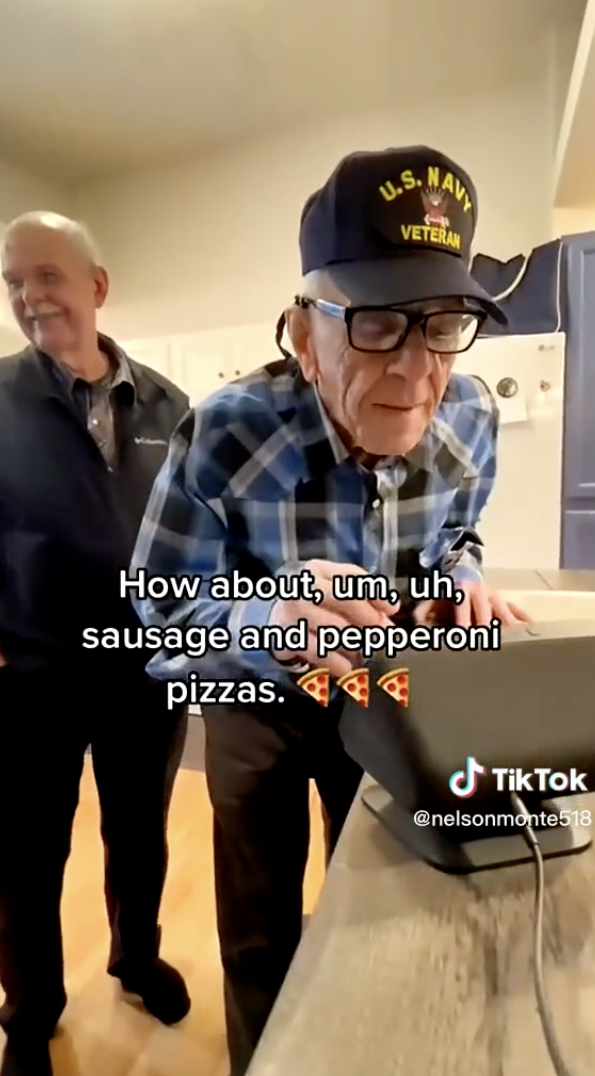 But she doesn’t reply anything, so Kenny calls her, “Alexa?…………………. Sausage and pepperoni pizzas”

Alexa didn’t understand what Kenny was saying and said, “Sausage added to your shopping list.”

Kenny gets flabbergasted and asks, “I can’t…… what’d you… shoppin’ list?”

He then says, “I don’t wanna shop for underwear; I didn’t say that.”

Kenny again goes, “Sausage” Alexa replies, “You already have Sausage on your shopping list.” He says, “I don’t want.”

Then Kenny calms himself down and says, “Alexa, I don’t want a shoppin’ list; I wanna ask you….”

but Alexa interrupts and says, “I am only able to clear your shopping list, not delete it. Would you like me to clear the three times on it?

Kenny says, “Yes, cause I don’t want that!” and Alexa replies, “done!” 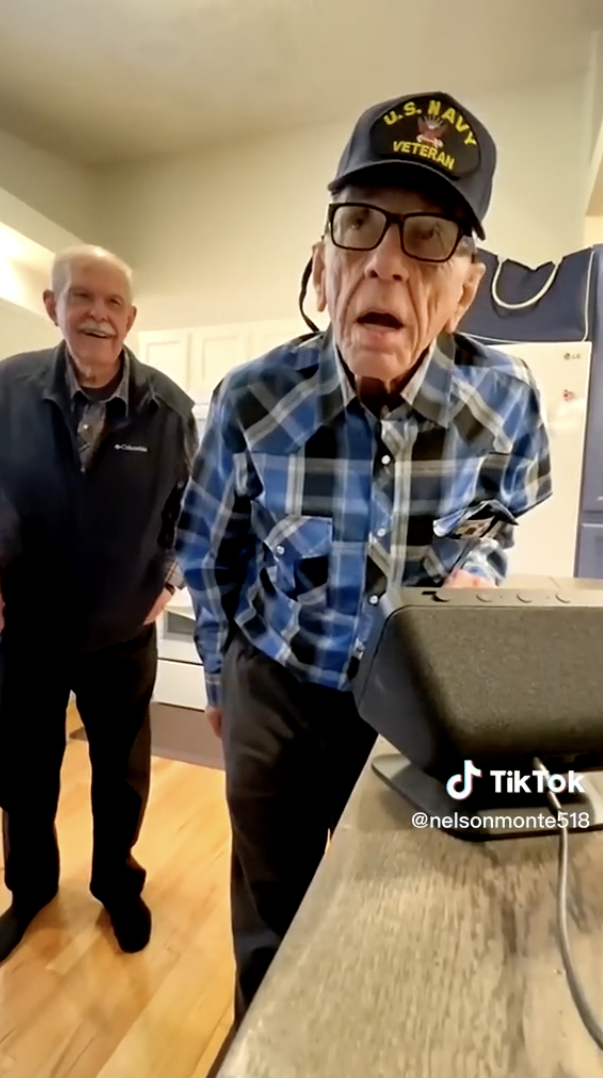 Kenny thanks her, and Alexa says, “Anytime, Literally!”

Oh gosh! it’s so good you gotta watch this! It’s funny how Kenny’s friend is in the back the entire time and is watching them and getting amazed by what this thing is.

One of the viewers wrote in the comments about a similar experience. She wrote, “My grama couldn’t say her name right and kept saying Alexa was ignoring her 🤣 “Alexis, Alexia, Alyssa”!!!!! She was mad, mad!”

Did you watch the video of the 80-year-olds using Alexa for the 1st time? And honestly, tell me, wasn’t it cute? Let us know in the comments below. And, if you found our content informative, share it with your family and friends.