Apple is the largest company in the world right now. And working there might be a dream for many of us. However, if you think they are the perfect embodiment of an organization, then you are far off. Recently, an ex-Apple employee came forward as she spills the beans about the company culture.

Selena starts the video by saying, “A lot of Apple culture is like drinking the kool-aid.” 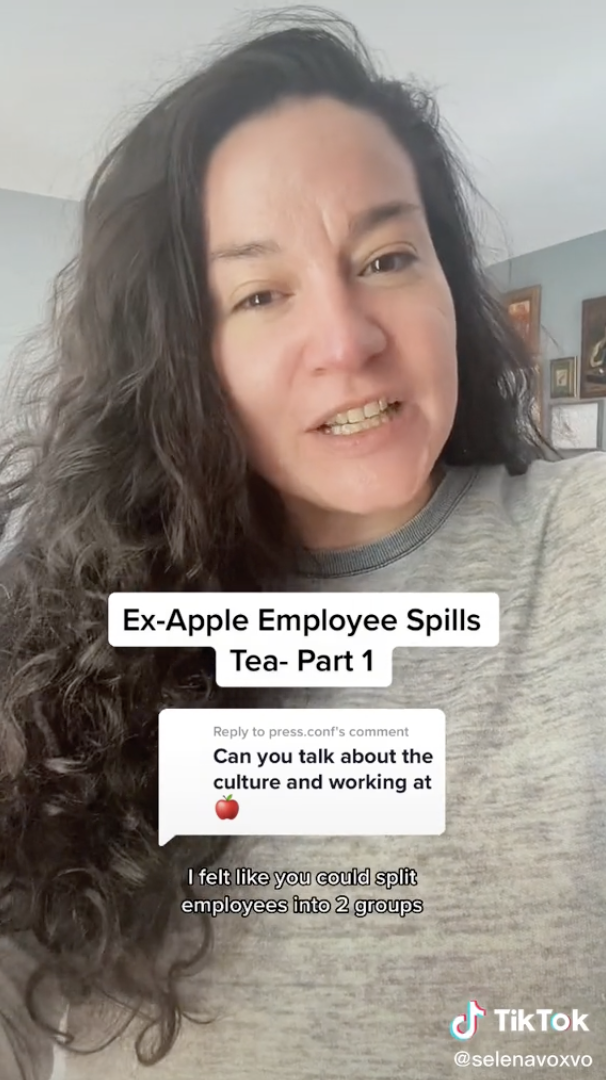 She then explains, “Like, yeah, we work at Apple, Apple. I felt like you could split employees into two groups. The ones who were like, this is a job, it’s a pretty cool job. I need the money, and the benefits are pretty cool, and I get a discount. And then there were like the kool-aid drinkers who were like, Apple is the best company in the whole wide world.”

The ex-employee does clarify that it is indeed not the worst company she has worked for. As she has been a waitress for quite a long time at Olive garden, where she was doing her undergrad.

Selena then continues, “I started Apple in 2014, and it was one of the only legit work-from-home companies at that time. Now everybody has worked at home, but back then, it wasn’t like that.”So, she does give Apple credit where due.

She also says that before the pandemic, she had 4 managers in the total time she worked there, while her husband had around 15 managers over 7 years.

Her first two managers were really great. They were helpful and knew enough about the job. Like they were super great managers.

Selena says, “My third one was pretty decent. I didn’t know her that well. My 4th manager had never done chat and had never worked in iTunes.”

The 4th manager even went on to say things like masks didn’t work, how he was anti-vaccine, and COVID is a conspiracy. 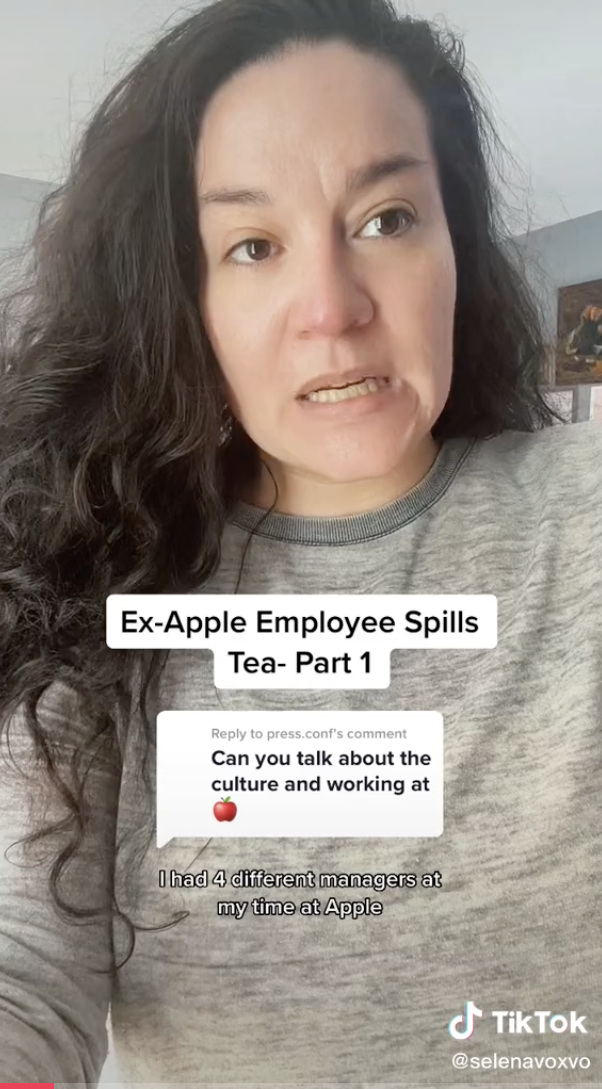 After this, Selena starts talking about the HR situation at Apple. Like most other companies, it was also a big joke here.

She said, “Apple also contracts with a third-party company called Sedgwick, which handles all the leave FMLA like you have to have surgery, whatever. They were the worst company I’ve ever had to deal with in my life multiple times, calling, getting different answers, sending paperwork, they lose it.”

And after this, when you call HR, they say there isn’t anything much they can do. One time she was so pissed off with all this that she mailed Tim Cook.

After this, one of the secretaries of a vice president called, and she had a long conversation about the hr company was trash and the problems she was facing.

Then she says, “The district managers, and the area managers at Apple, were usually pretty nice, but man, they were Kool-aid drinkers. My last district manager was kind of awful, and we had a meeting once, and I went off on him.”

Apple also puts quite some focus on employee training and covers up to $5,000 of your tuition fees every year as well. However, it is not easy to grow there out of support queues.

Like every other company, there are ups and downs at Apple, the problem is some people put Apple on a pedestal which doesn’t make sense.

At the end, Selena also says how she will make another video about her “husband’s racist manager who, last time we checked, still works there.”

What are your thoughts as an ex-Apple employee who spills the beans about the company? Let us know in the comment below. And, if you found our content informative, share it with your family and friends.

Also Read: Elon isn’t sure about what he wants Twitter employees to do.