9Unicorns is a venture capitalist firm that is based in the Silicon Valley of India, Bangalore. The company, founded 6 years ago back in 2016, specializes in companies in the initial stages of their journey as they help them enter the seed phase of their business growth. The company recently announced that they will be upsizing their fund to $ 120 million USD from $ 100 million USD after securing 5 different deals with Indian based start-ups. 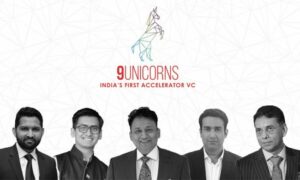 They said that the ecosystem of start-ups has been observed to be bullish today and that they plan to pounce on the situation by increasing their maiden fund and also that they will be looking to acquire at least 7% of the company they plan to fund as they made their intents quite clear to businesses and the general public.

The company’s maiden fund, which was introduced 2 years ago, in 2020, during the peak of the first wave of the coronavirus offers investments worth $ 300,000 USD to $ 1 million USD to start-ups still in their initial phases and their higher package is an investment worth between half a million USD and $ 2 million USD for start-ups that past the seed phase. The company has even funded firms that are not based in just India as they have deals with firms from Singapore, Egypt, The United Arab Emirates, the United Kingdom and a host of other nation situated in Africa.

Their investments hit triple digits last year as they successfully put pen to paper to secure 101 deals. The company has set a goal to double that number for the calendar year of 2022. They plan to close the current fund sometime midway through 2023, and then they will initiate their new and improved second fund post that.

9Unicorns has a very impressive portfolio of investments as some of the start-ups they have funded have gone to become the biggest in their market or very successful to say the least. Some of these companies include Oyo, BharatPe, and Fynd. Well, you can say that his venture capital fund management has an eye for business potential.

The company has been criticized in the past for their slow actions when deciding on investments. The company’s spokespeople said that it is not due to any lack of funds or complacency, but rather the opposite. They take their investments very seriously and only fund companies with a solid business model.