Today, a Bitcoin wallet that has been virtually idle for the past nine years has resurfaced. There were 616 Bitcoins in the wallet. The price of Bitcoin has risen from $13 to $47,811 during the period the wallet has been idle. The wallet’s owner transferred all of the wallet’s 616 bitcoins to another wallet today, bringing it back to life. 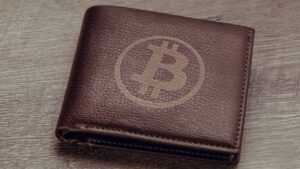 According to blockchain explorer Blockchain.com, Bitcoin moved today at 05:50 UTC. Over the course of the twelve years, the value of the pot appears to have increased by 0.00001 Bitcoin through 21 intermittent transactions of insignificant amounts that went into the wallet, implying that the wallet owner has also made 47 cents.

Investors may have had low expectations about Bitcoin’s pricing a decade ago when the wallet received its 616 Bitcoin and traded the coin like it was a small change. People that held on to the coin at today’s levels have become Bitcoin whales.

A wallet containing $5 million in Bitcoin had a sudden activation earlier this year after being offline since June 2010.

A wallet containing Bitcoin from February 2009, one month after the mining of the first Bitcoin block, cashed out for $500,000 last year, sparking (unfounded) speculation that the transaction had something to do with Bitcoin’s enigmatic creator, the pseudonymous Satoshi Nakomoto.

The huge wallet news from today isn’t worth speculating on. Still, it’s a striking reminder of the benefits of investing: a 358,655 percent growth in nine years is huge.

Bitcoin’s growth over the years

Bitcoin is a cryptocurrency, which is a digital asset designed to function as a means of exchange. It is created and managed using encryption rather than relying on central authorities. Bitcoin’s history began with its development and implementation by the alleged pseudonymous Satoshi Nakamoto, who incorporated several previous cypherpunk ideas. Bitcoin has experienced fast growth throughout its history, becoming prominent money both online and offline.

Some businesses began accepting bitcoin in addition to traditional currencies in the mid-2010s.

Bitcoin was the focus of a fictitious trial on the CBS courtroom drama The Good Wife in the third-season episode “Bitcoin for Dummies” in January 2012. Jim Cramer, the anchor of CNBC’s Mad Money, played himself in a courtroom scene where he testifies that bitcoin isn’t a legitimate currency since “there’s no central bank to oversee it; it’s digital and operates totally peer to peer.”

The Bitcoin Foundation came into existence in September 2012. Its goal is  “accelerating the worldwide expansion of bitcoin through standardisation, protection, and promotion of the open-source protocol.” Gavin Andresen, Jon Matonis, Patrick Murck, Charlie Shrem, and Peter Vessenes founded the company.

BitPay said in October 2012 that its payment processing service had over 1,000 retailers accepting bitcoin.