Pakistan-based edtech startup Maqsad has raised $2.1 million in a pre-seed round, inching a step closer to its aim of making education “more accessible” to some 100 million students in Pakistan. The firm, which was founded by Taha Ahmed and Rooshan Aziz earlier this year in London, is directed towards providing a mobile-dependent education platform to tackle the shortcomings of the education system in Pakistan.

The funds raised during the round will be used by the startup to improve the content on its platform, while also investing in research research development (R&D).

Investors Putting their Faith in the Venture

The pre-seed fundraiser was held virtually, and was completed in three weeks flat, being led by Indus Valley Capital. Other investors who participated in the same were Fatima Gobi Ventures, Alter Global, and certain other angel investors hailing from Pakistan, the Middle East, and even Europe.

The funds will be used by Maqsad for improving upon its in-house content, including a production studio, animators, and academics. R&D and engineering will also be strengthened, while the company puts its focus on the K-12 (Kindergarten to Grade 12) education system in Pakistan. Special emphasis will be put on mathematics for Classes 11 and 12, and the founders also plan to expand into other STEM subjects in the near future.

With the Aim to Revolutionize Education 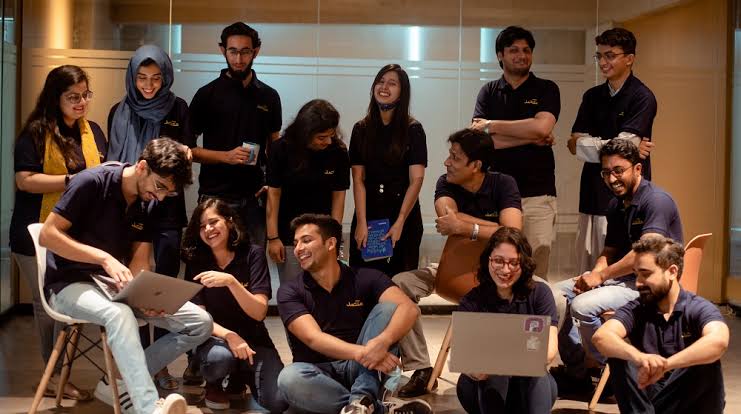 The platform provides a one-stop shop for all academic-related content and after-school learning purposes, with English and Urdu being the mediums of teaching. Teaching is supplemented by quizzes and games to help students learn in a fun manner, and individuals will have access to an educational setup that is personalized to fit their needs.

The application also features adaptive testing, which allows the platform to alter the difficulty level of questions based on users’ responses.

Aziz says that the firm’s aim is to help students gain access to education, regardless of whether they hail from “an urban center, such as Lahore,” or from a village.

Ahmed, meanwhile, says that they hope to help students do more than just pass their exams. According to him, Maqsad’s vision is to bring about a “revolution” in how students in Pakistan learn, by emphasizing “real comprehension” instead of rote learning.

The company began full-scale operations on 26 July, after running small pilots between April and May. The mobile app will formally be launched during the fourth quarter of the fiscal year, and is currently under development.