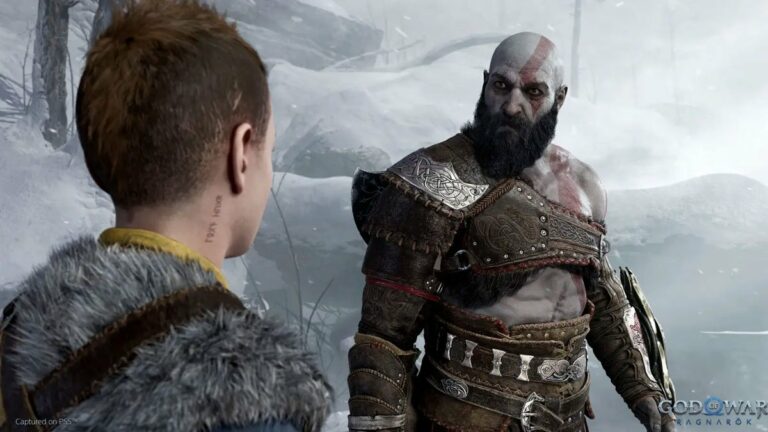 Kratos could be making an appearance on the small screen as Amazon Prime Video is in talks with PlayStation to make a God of War TV series. The latest news about the God of War franchise is not what gamers were expecting, as it has been reported that Amazon Prime Video could be set to create a TV show based on the popular game series.

With the team Amazon already has and the addition of PlayStation executives as producers, the God of War Prime Video series looks like it can live up to the grand, gory scale of the source material. According to Deadline, the series will be the result of a partnership between Sony Pictures Television and PlayStation Productions, with the adaptation being directed by The Expanse creators and executive producers Mark Fergus and Hawk Ostby, and executive producer Rafe Judkins. wheel. From Time Eagle Osby. There aren’t many details about what storyline or what universe the new series will be based on. As far as the franchise goes, given how much better storytelling is in next-gen games, you can expect this part of the story to be adapted. If there is ever a series about the game, none of the storylines should be missed.

The mythology-based video game series God of War, originally set in ancient Greece, launched on the PlayStation 2 in 2005. fantasy franchise where Kratos first worked on the Greek pantheon for over a decade before moving on to the Norse gods after the 2018 soft reboot. God of War draws on Greek mythology and focuses on Kratos. also known to fans as the Boy’s Dad (due to Kratos’ general reference to his son).

The adaptation of the series will focus on the protagonist’s journey to the Greek world, following a path of revenge due to being tricked into killing his family by the Olympians. The new game takes place years later as Kratos and his son Atreus battle the gods of Norse mythology, and a brooding father tries to put his violent past behind him. Now living as a man outside the shadow of the Olympian gods, Kratos must adjust to unfamiliar lands, unexpected threats, and a second chance to be a father.

While Kratos’ story began in Ancient Greece, we think that Amazon’s TV adaptation of God of War will likely choose to explore Kratos’ time in the Scandinavian wilds for a variety of reasons. It’s unclear if the TV show will represent Kratos’ assault on Greek or Norse mythology, but we’ll tackle the latter with God of War Ragnarok just around the corner. It’s currently unclear which God of War game will serve as source material for the God of War television series, though it’s safe to assume that Kratos will still be at the center of the story.

Sony recently signed Anthony Mackie for a Twisted Metal series about peacocks and, of course, HBO’s The Last of Us TV show. The news comes just days after NBC Universal Peacock ordered Twisted Metal, the PlayStation series starring Anthony Mackie. According to reports, this will happen shortly after Walton Goggins starred in the upcoming Fallout series from Amazon Studios and Killer Movies. Amazon Studios is building out its portfolio of video game adaptations, and a Fallout TV series starring Walton Goggins is in development.

Not to mention some of the other flagship games adapted for the big screen like Uncharted and the upcoming Ghost of Tsushima movie. Amazon Studios head Jennifer Salke said Prime Video will continue to explore the fantasy genre, as evidenced by its record-breaking series The Wheel of Time and the upcoming series The Lord of the Rings.