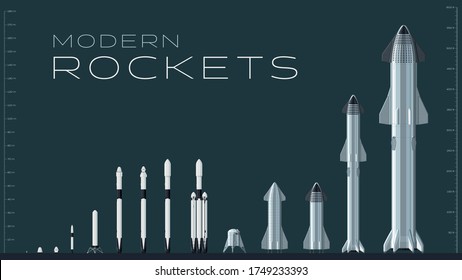 A STEP CLOSER TO THE FUTURE

Starship is the second rocket of SpaceX which is going to be launched today. A wave of excitement can be seen all over the internet. The launch is going to take place in South Texas. Starship is a fully-reuseable rocket that is made up of stainless steel. This is a super heavy-lift rocket that is also carrying the future of Earth. So many people have put their faith in this magnificent spaceship and rocket combo. By the term ‘reuseable’ we mean Starship will go to the moon and will come back to the Earth. Absolute example of science and engineering. This is just the beginning soon we’ll be touching those sparkling stars in the sky and then even the sky can’t be our limit.

Who else is excited about the SpaceX presentation tonight? #starship #FullStack #spacex pic.twitter.com/BLorsmQJKn

WHEN WILL WE WITNESS THIS MOMENT?

As of now, Elon Musk is going to launch Starship into the sky at 9 pm tonight so our Indian brothers and sister will get to see it at 7:30 am. Hard to say this but have patience. More details will be getting directly from Elon Musk.

This is a must-watch video for you all.

WHAT IS SPACEX? WHO IS ELON MUSK?

SpaceX is the first private aerospace manufacturer in the world to originate from the United Nations of America in 2002. Elon Musk, the CEO of SpaceX, initiated this with the goal of reducing space transportation costs to colonize Mars. The very first rocket Falcon 1 was launched in 2005 and failed terribly in its first 3 launches. Elon Musk almost got bankrupt but somehow managed the fourth launch in 2008. It was a huge success. Now it’s time for Starship to shine.

chopsticks magic ❤️ try to imagine the guts it takes to go to your boss and say something like: i want to lift a building with a pair of chopsticks #SpaceX 🚀 #elon #ElonMusk #Starship https://t.co/nrahz6Didl

If this launches successfully it will be a great moment for all of us. Starship will become the most powerful rocket humanity has ever launched, boasting up to twice the power of the Saturn V rocket NASA used to take astronauts to the moon in the 1960s, though both vehicles would stand at similar heights. The future is here. And you never know the next time we’ll be talking about how to buy tickets for the Mars trip.