According to recent reports, ABG founder, Rishi Agarwal has been arrested by CBI in the loan fraud case. Read the entire article to learn more about this interesting piece of news.

Statements given by CBI and SBI

“Agarwal was called for questioning on Wednesday at the CBI headquarters during which the investigating officer suspected that he was not co-operating in the probe and was evasive in responses following which he was arrested,” a CBI spokesperson said.“The SBI with an exposure of Rs 2,468.51 crore was part of a consortium of 28 banks and financial institutions led by ICICI Bank. The ABG Shipyard being a major player in Indian ship building industry operated from its shipyards located at Dahej and Surat in Gujarat with capacity to build vessels up to 18,000 dead weight tonnage (DWT) at Surat shipyard and 1,20,000 dead weight tonnage (DWT) at Dahej shipyard,” an official said.“The cancellation of contracts for few ships and vessels resulted in piling up of inventory. This resulted in paucity of working capital and caused significant increase in the operating cycle, thereby aggravating the liquidity problem and financial problem,” the complaint from the SBI, now part of the FIR, alleged.“Once the loan accounts were declared non-performing assets in July 2016, a forensic audit was ordered by the lender banks. The audit by Ernst and Young showed that between 2012 and 2017, the accused colluded together and committed illegal activities, including diversion of funds, misappropriation and criminal breach of trust,” the official said.

For people who don’t know much about Rishi Agarwal, this article is here to help you. He is an entrepreneur and the founder of the ABG group. He is known to have a strong passion for the art of shipbuilding and ships in general. Therefore, ABG Shipyard is a business that deals with ships and their repairs. 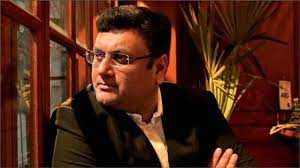 ABG shipyard is a company started by Rishi Agarwal. His passion for ships led to the existence of this company. According to various reports, the company has a loyal and satisfied consumer base on a global level. They use world-class standards to design the ship. The company is based in Surat, Gujarat. The first ship that was built by this company came in the year 1991. They have been in business ever since. In 1995, the company became a public limited company instead of a private limited company. The company is doing extremely well and has evolved over the years.