Abu Dhabi aims to become the Middle East’s main crypto hub. The Emirate is reducing its reliance on oil and gas and concentrating on the cryptocurrency industry. After establishing an initial regulatory framework for its cryptocurrency environment, Abu Dhabi attracted the attention of digital asset companies.

Abu Dhabi plans to become a global leader in cryptocurrency 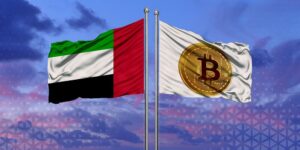 Abu Dhabi is lowering its dependency on oil and gas while focusing more on the cryptocurrency industry, with the goal of becoming the Middle East’s main crypto hub. The Emirate has attracted the attention of digital asset enterprises in their effort to develop a flourishing market for the crypto industry, having previously built an initial regulatory framework for its cryptocurrency environment in 2018.

According to Shorafa Al Hammadi, Chairman of the Abu Dhabi Department of Economic Development, the Matrix Exchange and Midchains, the two regulated digital asset exchanges in Abu Dhabi, a third DEX is on the way.

Al Hammadi stated that the cryptocurrency ecosystem in Abu Dhabi is striving to identify faults with its framework in order to make it an appealing prospect for those in the sector with clout.

“The entire ecosystem in Abu Dhabi is working together to make it easier for all of the actors in that sector to not just attract but also bring them here [and] develop the legal framework,” he said.

“We want to figure out what the pain points are around the world so we can eliminate them and create a really solid, powerful regulatory framework for those individuals.”

With the Abu Dhabi Global Market (ADGM) releasing its regulatory framework for spot crypto asset activities in 2018, Abu Dhabi has come a long way in its goal to become a key player in the crypto industry.

Since then, the state-owned Mubadala fund has made an investment in the crypto sector, demonstrating the capital’s capabilities even further.

Mubadala CEO Khaldoon Al-Mubarak, who is also the chairman of Manchester City Football Club, cited the industry’s rapidly increasing value as a justification for the fund’s involvement.

“I believe this is an industry that had, what, $200 billion in crypto value two years ago, and it’s now worth two and a half-trillion dollars and increasing,” Mubarak added.

“So, while many people are skeptics, I don’t think I am one of them.”