According to iPod inventor Tony Fadell, Steve Jobs wanted original iPhone to have no SIM card Apparently, Jobs was more interested in using CDMA to connect iPhones to cell towers, instead of relying on GSM cellular technology. 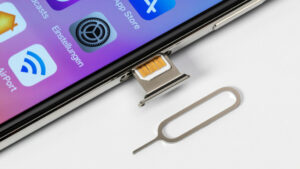 The first ever iPhone from 2007 clearly changed the tech industry to a great extent, making smartphones one of the crucial aspects of today’s generation. Though the iPhone came up as something one had never seen before, but hardly did anyone know Steve Job’s actual vision for it. The Apple founder initially wanted the original iPhone to be one without a SIM card. “Father of iPod,” Tony Fadell revealed these facts during the promotion of his new book Build: An Unorthodox Guide to Making Things Worth Making.

At the Computer History Museum, Fadell uncovered how Jobs’ first idea for this revolutionary device was to have a connected device with the absence of a slot for the SIM card. The iPod inventor made these disclosures during an interview with journalist Joanna Stern. Fadell went on to reveal how the Apple founder wasn’t exactly a fan of the 2007 iPhone possessing a physical SIM card slot.

As stated by Fadell, Jobs initially intended for Apple to use CDMA technology, instead of the GSM in the iPhones to connect to cell towers. He wanted it to be a seamless device, and mentioned that “we don’t want another hole in it.” Fadell went on to say that he had to show convince Jobs that adoption of the CDMA technology was too low to be sustainable for the device. Later on, Apple did come up with a CDMA version of the iPhone 4, but the SIM tray stayed anyway.

As we know, Apple currently has the option of a functional eSIM on its newer iPhones. However, this feature is limited to only a few countries for various reasons. Evidently, Apple Inc has been dreaming of an iPhone without the physical SIM card for years now. Clearly, it looks like it’s almost time for the tech giant to actually launch an iPhone without the physical SIM card tray.

Moreover, recent rumours suggest that models of iPhone 15 Pro might not ship with a slot for SIM cards, finally introducing the SIM-free iPhone. In fact, the Cupertino company is in the process of launching the iPhone 14 this year, and leaks suggest that this new lineup might include several internal modifications.

Reports from last week showed how Apple Inc is planning to give up the Lightning port in its iPhone, replacing it with USB-C. Partly, this is to comply with the proposal from the European Commission that the USB-C connector would emerge as the standard port for any device, such as tablets or smartphones.