According to the government of Canada, Tim Hortons has been spying on costumer using its app

The Canadian multinational fast food restaurant chain, Tim Hortons has come into talks after some officials alleged customers’ data was breached by the mobile app of the restaurant. On Wednesday the Canadian officers learned that in 2019 the restaurant changed its mobile app after which it has been spying over its costumers and collecting their delicate data. 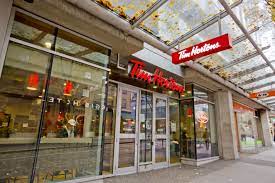 The Regulators initiated a probe into the matter. During the investigation, they came to know that aided by the U.S.-based company Radar the multinational fast food restaurant chain was able to gather information related to its customers’ location every other minute.

As mentioned by the officers the information was continuously collected in large fragments and this was not a legalized act. Furthermore, the data collected had nothing to do with the company’s promotional stunt.

Daniel Therrien, the Privacy Commissioner of Canada said that the company certainly overstepped the mark by accumulating its customer’s highly delicate data in a large amount. Additionally, keeping a note on someone’s every single move every other minute of a day is an ill-considered form of monitoring.

This probe dates back to the time when a journo at the Financial Post alleged the fast-food restaurant chain for monitoring his location over 2,700 times in 5 months. According to the journalist, the app kept tracking him even when it was not in use.

The Journalist McLeod said that he was continuously monitored. Even when he was boarding a flight to Toronto or checking into a hotel for a wedding or when he visited his parent’s farm the app recorded all the information. He was highly distressed over the fact that he was being spied by the restaurant now and then and was confused that the app which he was using to order his coffee was tracking his location.

Further, According to Tim Hortons, they weren’t asked to change their mobile app in the Privacy Commissioner’s report while they did remove the geolocation technology set in the app. The company also said that the collected information on average was used for studying the unidentified business trends and that it did not contain any private data of its customers.