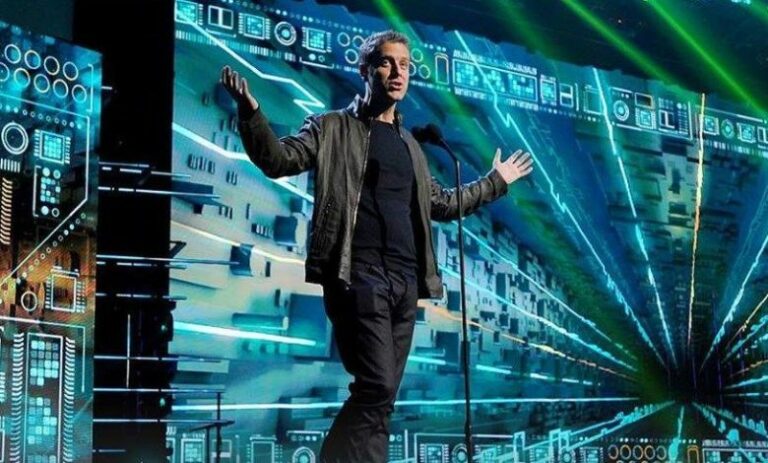 Jeff Keighley, the executive producer, and host of The Game Awards said on Twitter on December 4 that Activision Blizzard will not participate in this year’s awards ceremony. In an interview with The Washington Post, Kayleigh hinted at a possible exclusion of Activision Blizzard from the winners, noting that he is considering how to “navigate” a company situation without harming its developers or employees.

Various companies have said they are reconsidering their relationship with Activision Blizzard following these lawsuits and related allegations, and it has now been confirmed that the company will not be attending The Game Awards on December 9th. And the fact is, apart from the Warzone and Destiny 2 nominations, Jeff Keighley was confirmed not only in his Washington Post interview but also on his personal Twitter. Activision Blizzard’s games won’t be announced overnight and upcoming games such as Diablo 4 and Overwatch 2 will not appear, and they will not have trailers that can be shown overnight.

Last year’s Game Awards was a fully virtual event due to Covid-19 but this year, The Game Awards 2021 will be a live audience event held at the Microsoft Theater in Los Angeles on December 9th. Special guests will be Laura Bailey and former Nintendo boss Reggie Fils-Aime. It has also been confirmed that American pop group Imagines Dragons will perform with Sting.

It was recently rumored that Ashley Johnson, who voices Ellie on The Last of Us, will be one of the many hosts this year. Rob Kostić, President of Activision Blizzard, sits on the Game Awards Advisory Board along with many other notable game publishers and executives. The advisory board includes Activision President Rob Kostić, who has no role in nominating or voting but “guides and advances the mission of The Game Awards,”. At the moment, several games released by Activision have been nominated in different categories. While Activision will not be taken apart their nominations will stay so if they are lucky they will be getting some awards delivered to them.

However, a Wall Street Journal report said incidents of sexual assault and abuse were common across the company, including development studios Call of Duty Treyarch and Sledgehammer Games. A few weeks ago, it was reported that PlayStation boss Jim Ryan and Xbox boss Phil Spencer were sending messages to their employees, mostly to remind them that they will not tolerate sexual harassment and gender discrimination in any way.

After Kayleigh’s announcement, people were shocked to learn that Rob Kostic, president of Activision, is on the board of directors. After the release of the report, some asked Kayleigh to remove Kostić from the advisory board of The Game Awards. Kayleigh told The Post that the show had to “think very carefully” about how to move forward – just like Microsoft and other industry partners, the Game Awards team has yet to decide on the long-term implications (if any) for this project. problems of labor culture Activision.

Despite the lingering controversy over Activision, Kayleigh was initially reluctant to give a definitive answer from the developer at the award site. Kayleigh’s statement may be perceived by some as a step back, as he said just a day earlier that he was still trying to figure out Activision’s involvement in the event. In an interview with the Washington Post, he said that he supports people who tell their stories, but he didn’t want to limit the ability of developers to highlight their games and had to think very carefully about how to proceed here. … He noted his support for those who reveal their stories, but said he did not want to deprive developers of the opportunity to cover their games.

People were recalling how Kayleigh publicly banned Konami from The Game Awards in 2016. They wondered why similar standards did not apply to Activision Blizzard, especially in a very important issue. In this interview, Kayleigh explained that although she supports those who report harassment and discrimination against the company.

Jeff Keighley recently spoke about the culture that he wanted the Game Awards to have and why the current condition of Activision is not great for this event, he stated, “I also understand that we have a great platform that can accelerate and inspire change. We are committed to this, but everyone needs to work together to create a better and more inclusive environment so that everyone feels safe making the best games in the world. We want to acknowledge the great games and the talented developers who create them”. In subsequent tweets, Kayleigh said that The Game Awards is a celebration time for the industry and that there is no room for misconduct, harassment, abuse, or predatory behavior in any business or community.