Activision says it is cooperating with federal insider trading probes 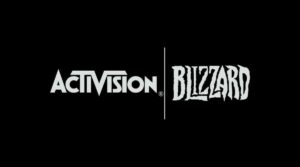 Activision Blizzard reportedly cooperating with federal investigations into trading by friends of its CEO.
Source: The Indian Express

In a securities filing on Friday, April 15, Activision Blizzard revealed its cooperation with federal investigations into gaming, just before its sale to Microsoft Corp. Apparently, the US Securities and Exchange Commission sent requests for information to the gaming company. Additionally, Activision received a subpoena from the Department of Justice grand jury. Activision Blizzard revealed these details in an ‘amended proxy filing.’ The filing mentioned that the request looked related to their “respective investigations” on trading by third parties in securities before the announcement of the “proposed transaction.” Moreover, the third parties they mentioned included people who the Chief Executive of Activision Blizzard knew.

In January this year, Microsoft Corp agreed to buy Activision for $95 per share, or $68.7 billion in all. This came forward as the biggest deal in the history of the video-gaming industry.

The gaming giant did not specify any such parties involved at the time. Moreover, they did not even state if the subpoena of Department of Justice grand jury was specifically directed at any particular employee. Additionally, they did not reveal even when they got the subpoena, or the request from the SEC for the concerned information.

Media moguls like David Geffen and Barry Diller, along with investor Alexander von Furstenberg acquired share options. This was mainly following von Furstenberg meeting with the Chief Executive Officer of Activision Blizzard, Bobby Kotick. Moreover, just a few days prior to it revealing the sale to tech giant Microsoft Corp.

“Activision Blizzard has informed these authorities that it intends to be fully cooperative with these investigations,” the company said.

Oskar Hartmann, international investor: “Deals involving the purchase, sale, or merger of businesses, especially large ones like Blizzard, involve many pitfalls. While it is possible to avoid some of them, some aspects can still be problematic. First and foremost, it is about finances: it is very important to have a good, trustworthy, knowledgeable financial advisor to avoid losses.”

Last month, Barry Diller notified reporters that neither media moguls, nor the investor had any prior knowledge regarding the potential acquisition. Apparently, they had acted on the assumption that Activision Blizzard was rather undervalued, and had the potential for being acquired or simply going private.

The amended proxy filing notably came right after shareholders sued the gaming giant accusing of omissions to a preliminary proxy on the sale. This was the same filing that had in it included, the necessary information on its cooperation with the Securities and Exchange Commission, and Department of Justice.

Thus, the company clearly stated that they had let the authorities about their true intentions. Essentially, they intended to be entirely cooperative with these investigations conducted by the US SEC and the DOJ.