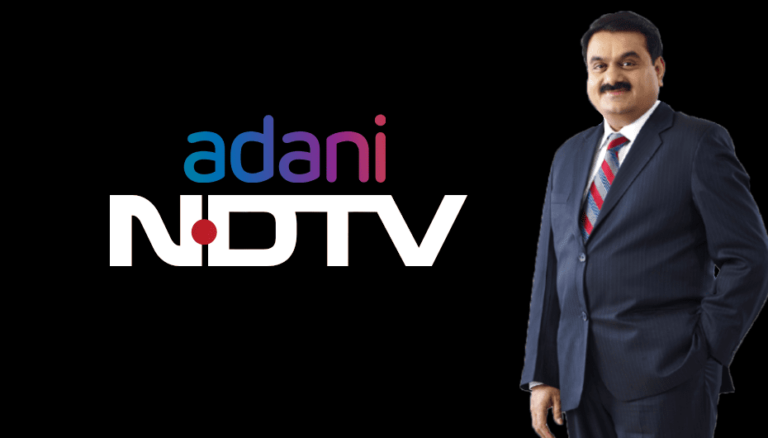 Adani Group who earlier acquired 29.2 percent shareholding in NDTV through an indirect acquisition had launched an open offer for an additional 26 percent stake in the news network. Through the open offer, the business conglomerate owned by the second richest man in the world was able to purchase 53 lakh shares which will amount to an 8.3 percent stake.

In the open offer that concluded Monday, corporate investors tendered 39 lakh shares, while retail investors offered to sell over 7,06,000 shares. It was not immediately clear who the participants were.

Even though the open offer was not fully successful, Adani Group is now the largest shareholder in NDTV which empowers the conglomerate to make changes in the board of directors. The Multinational conglomerate can introduce new directors on the board and remove the existing directors.

Chairman of Adani Group, Gautam Adani said that he is seeing the takeover of NDTV as an added responsibility more than a business opportunity. He also added that Prannoy Roy has been requested to continue as the chairman of NDTV even after the completion of the acquisition.

Soon after getting access to a 29.18 percent stake in NDTV, Adani Group decided to launch an open offer to acquire an additional stake in the news network entity.

As Adani Group acquired a stake in NDTV, Senior Executive Editor Ravish Kumar resigned from the channel. Various journalists and social activists have expressed their concerns regarding the latest takeover of NDTV by the Adani Group. A large number of people used to view NDTV as the beacon of free media in India.