Gautam Adani-led Adani Group has inked to a $5 billion pact with South Korea’s largest steelmaker POSCO, which includes the building of an integrated steel factory in Mundra. This would comprise the construction of a green & environmentally friendly Integrated Steel Mill in Mundra, Kutch district in the Indian state of Gujarat, along with other businesses. 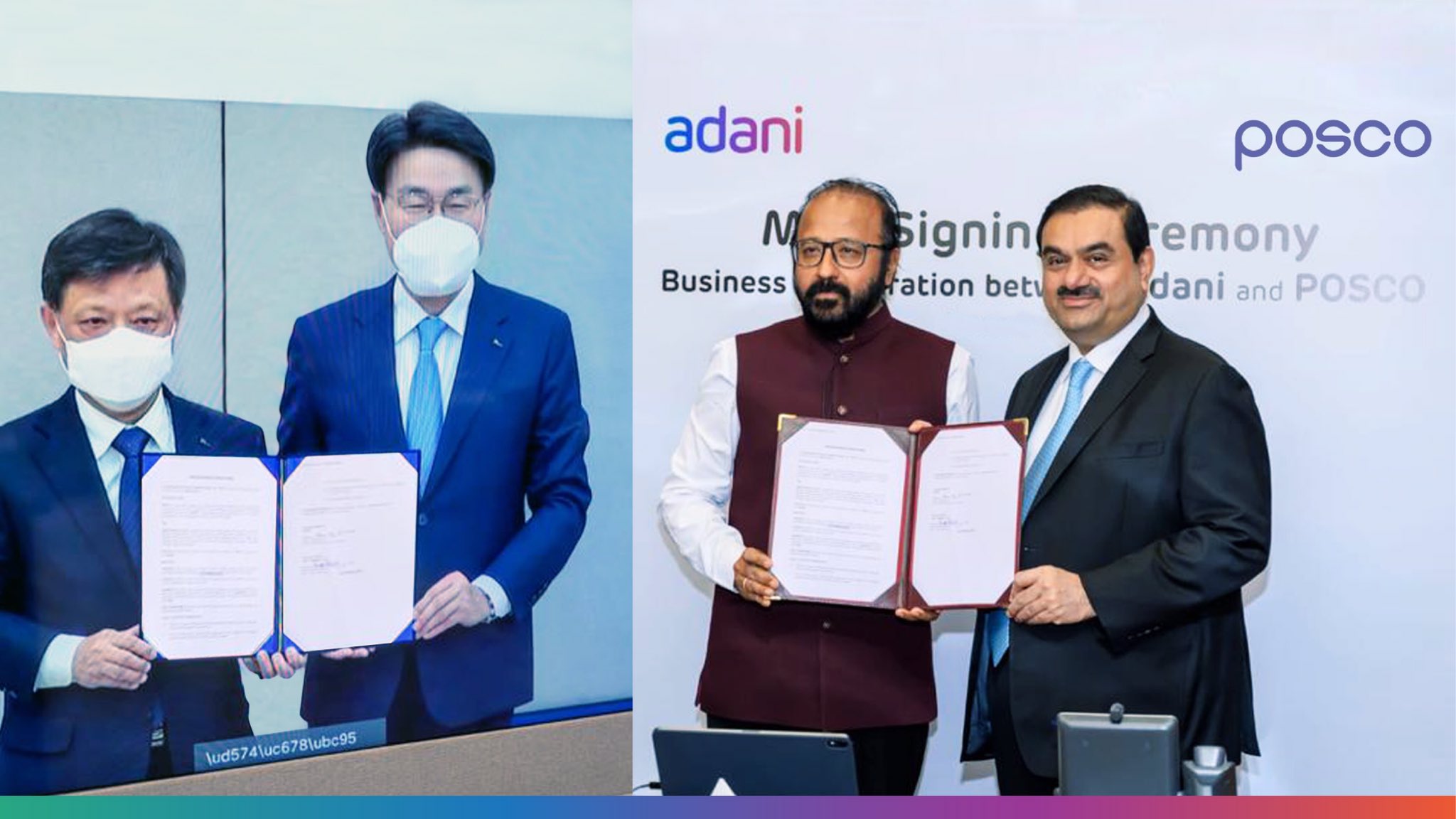 Gautam Adani, the company’s chairman, also underlined the deal’s influence on Atmanirbhar Bharat, saying it will strengthen the initiative. According to the two firms, the agreement focuses to expand engagement at the group company level in several areas including renewable energy, hydrogen, and logistics in response to carbon reduction goals. POSCO and Adani have further stated that they are looking into ways to work collaboratively and maximize each company’s financial, technical, and operational strengths.

In order to meet their environmental, social, including corporate governance (ESG) objectives to sustainability as well as energy efficiency, the two companies plan to use renewable energy resources like green hydrogen. Gautam Adani, who is also Asia’s second-richest individual, believes that the production of clean hydrogen will expand India’s basket of alternative energies, allowing India to become an exporter of green energy, a potential that was hard to imagine just five years ago.

POSCO currently manages a 1.8-million-tonne cold-rolled and galvanized plant in Maharashtra, India’s western state. While POSCO had a downturn five years ago when it was compelled to evacuate its $12 billion project in Odisha due to delays and local opposition, it is speculated to be interested in establishing a greenfield facility in India. It also has four processing units in Delhi, Ahmedabad, Chennai, and Pune.

Jeong-Woo Choi, chief executive officer at POSCO in a statement said, “POSCO and Adani are able to come to great synergy in the steel and environment-friendly business with POSCO’s state-of-the-art technology in steel making and Adani’s expertise in energy and infrastructure. I hope this cooperation will be a good and sustainable business cooperation model between India and South Korea.”

Adani Group had also stated that it plans to invest more than $20 billion in renewable energy generation within the next decade. The group proposes to invest between $50 billion to $70 billion across the entire green energy value chain, both organically and inorganically.

According to reports last month, the Adani group outpaced India’s two largest corporations – Tata Group and Reliance Industries – in terms of market capitalization growth during the past year. The market capitalization of the Adani Group increased by 183 percent from Rs 3,46,435 crore on November 13, 2020, to Rs 9,81,910 crore on November 5, 2021.