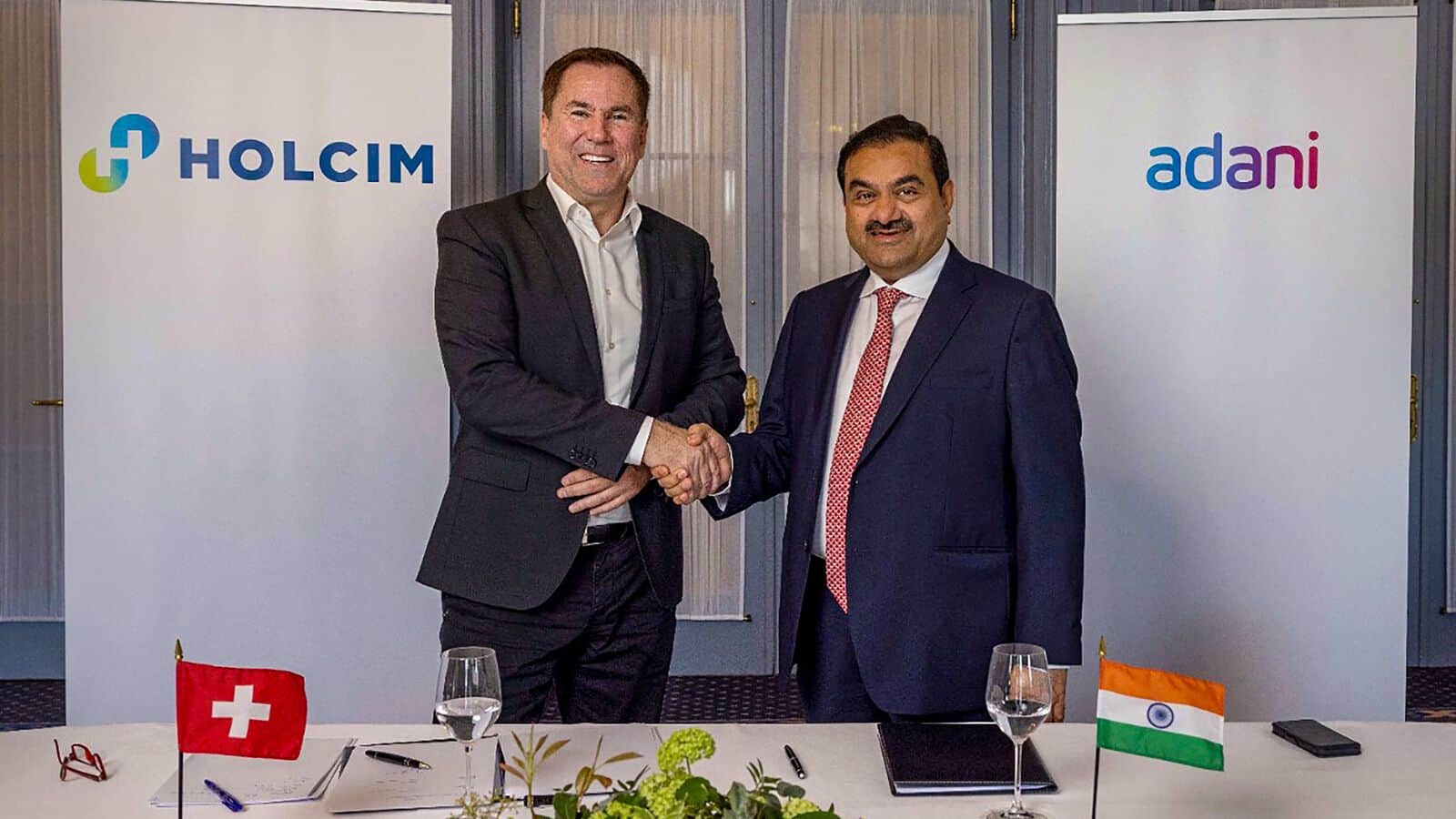 The Adani Group said on May 15 that it has entered into definitive agreements to acquire Swiss cement major Holcim Ltd.’s businesses in India – Ambuja Cements and ACC Ltd.

In a deal that propels the infrastructure conglomerate helmed by billionaire Gautam Adani as the second-largest cement maker in the country.

An open offer has been made following regulatory norms.

“The value for the Holcim stake and open offer consideration for Ambuja Cements and ACC is USD 10.5 billion, which makes this the largest ever acquisition by Adani, and India’s largest-ever M&A transaction in the infrastructure and materials space,” the Adanis said in a statement.

This deal makes the Adanis the second-largest cement player, after the UltraTech Cement of the Aditya Birla Group.

Under the deal, the biggest in India since 2018, Adani Group will pay $6.4 billion in cash to acquire Holcim’s 63.1% stake in Ambuja Cements Ltd (ABUJ.NS) and 54.5% holding in ACC Ltd (ACC.NS). The rest of the companies’ shares will be bought via an open offer.

Adani Group, which currently has no cement-making operations, said the firms were a good fit given its ports and logistics, energy, and real estate businesses.

“(We) will be able to build a uniquely integrated and differentiated business model and set ourselves up for significant capacity expansion,” it said in a statement on Sunday.

Shares in Ambuja and ACC surged but were trading below the prices offered by Adani on Monday.

“The acquisition is fully funded by way of approved commitments from our relationship banks – Barclays, Deutsche Bank, and Standard Chartered Bank – and equity infusion from the Adani family,” he was quoted as saying.

More on another side

Holcim was planning to exit India following intense scrutiny of its India operations by the Competition Commission of India (CCI) which opened its second investigation against the company in December 2020. An appeal filed against an earlier penalty imposed by the CCI is currently pending in the Supreme Court.

An Adani group statement said with India’s cement consumption at just 242 kg per capita, as compared to the global average of 525 kg per capita, there is significant potential for the growth of the cement sector in India.

The tailwinds of rapid urbanization, the growing middle class, and affordable housing together with the post-pandemic recovery in construction and other infrastructure sectors are expected to continue driving the growth of the cement sector over the next several decades.

The two companies are among the strongest brands in India with immense depth of manufacturing and supply chain infrastructure, represented by their 23 cement plants, 14 grinding stations, 80 ready-mix concrete plants, and over 50,000 channel partners across India.

Both Ambuja and ACC will benefit from synergies with the integrated Adani infrastructure platform, especially in the areas of raw material, renewable power, and logistics, where Adani portfolio companies have vast experience and deep expertise.

This will enable higher margins and return on capital employed for the two companies. The companies will also benefit from Adani’s focus on ESG, Circular Economy, and Capital Management Philosophy.