Adele gets Spotify to take shuffle button off all album pages 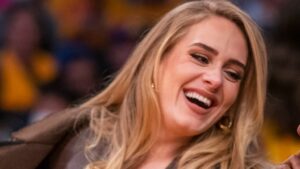 Adele convinced Spotify to remove the shuffle button from all album pages, allowing music to play in the artist’s preferred sequence. “We don’t construct albums with so much care and effort into our tracklisting for no reason,” the singer tweeted. Our work tells a narrative, and those stories should be heard as they were meant. Thank you, Spotify, for taking the time to listen.” In an ever-changing market, Adele stated the only wish she had was for Spotify to remove the shuffle option.

“Anything for you,” said the streaming service. Later, they praised their “new premium feature… to make play the default button for all albums,” according to a statement.

According to a Spotify spokesman, the company is “thrilled” to be releasing the functionality, which has been “long sought by both consumers and artists.” Spotify customers may still select to shuffle an album, but the system would default to playing tracks in the order indicated by the artist, according to the spokesman.

The statement concluded, “As always, we will continue to iterate our products and services to deliver the best experiences for both artists and their fans.” Adele’s 30 – her first album in six years – was released on Friday and was immediately available on Spotify.

This was a departure from her previous album, 25, which was exclusively available as a physical or digital download when it was released in November 2015. It sold over 800,000 copies in its first week, making it the fastest-selling album in British history.

It wasn’t available on streaming services such as Spotify, Apple Music, and Tidal until June 2016.