Paytm shares plummeted about 10 percent in early morning trade today, after falling nearly 27 percent since it went public on Thursday. Shares of the digital payments firm opened today with a Rs 51.80 per share downside gap and ended up losing nearly 17 percent from its NSE listing day closing at Rs 1560.80 per share. 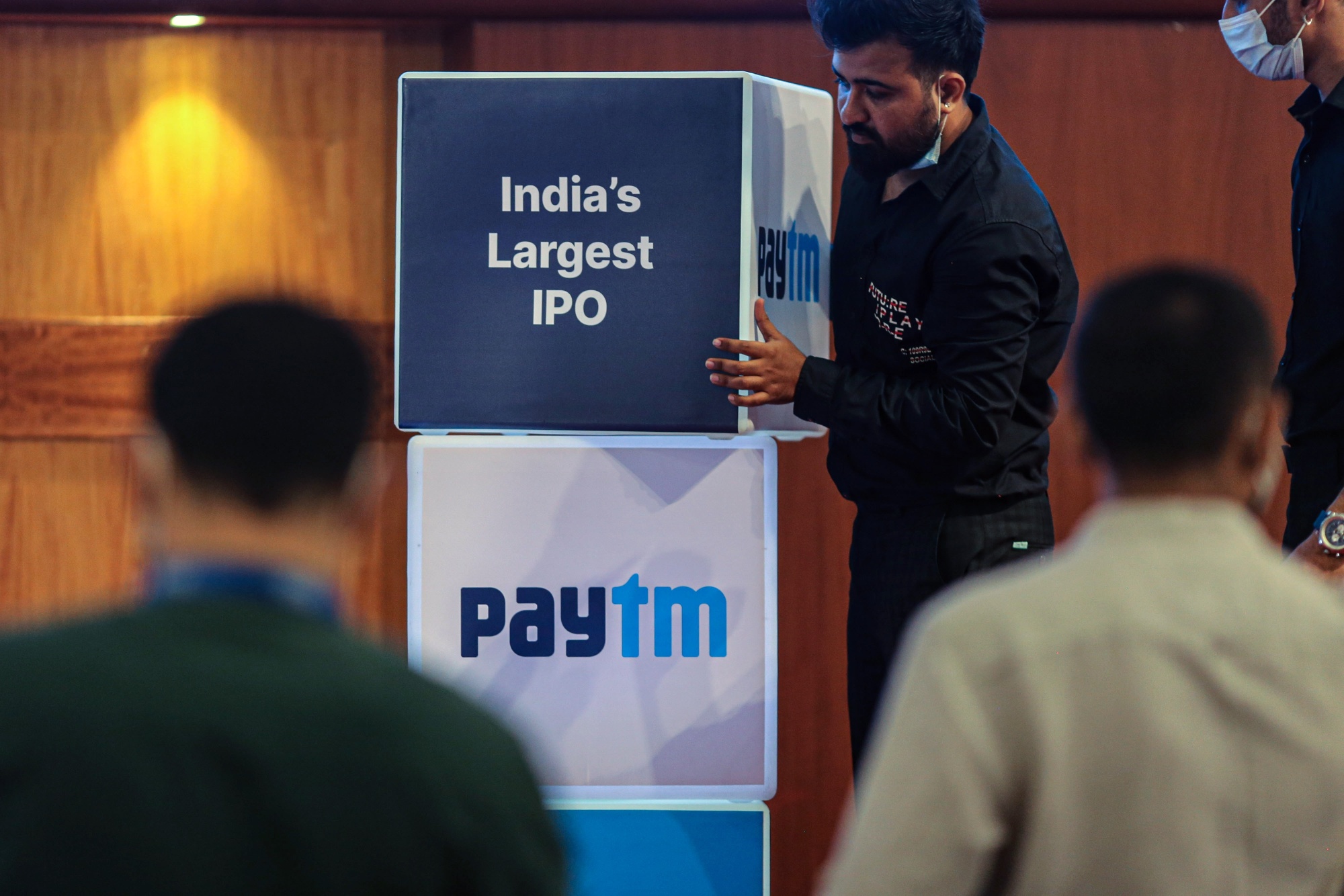 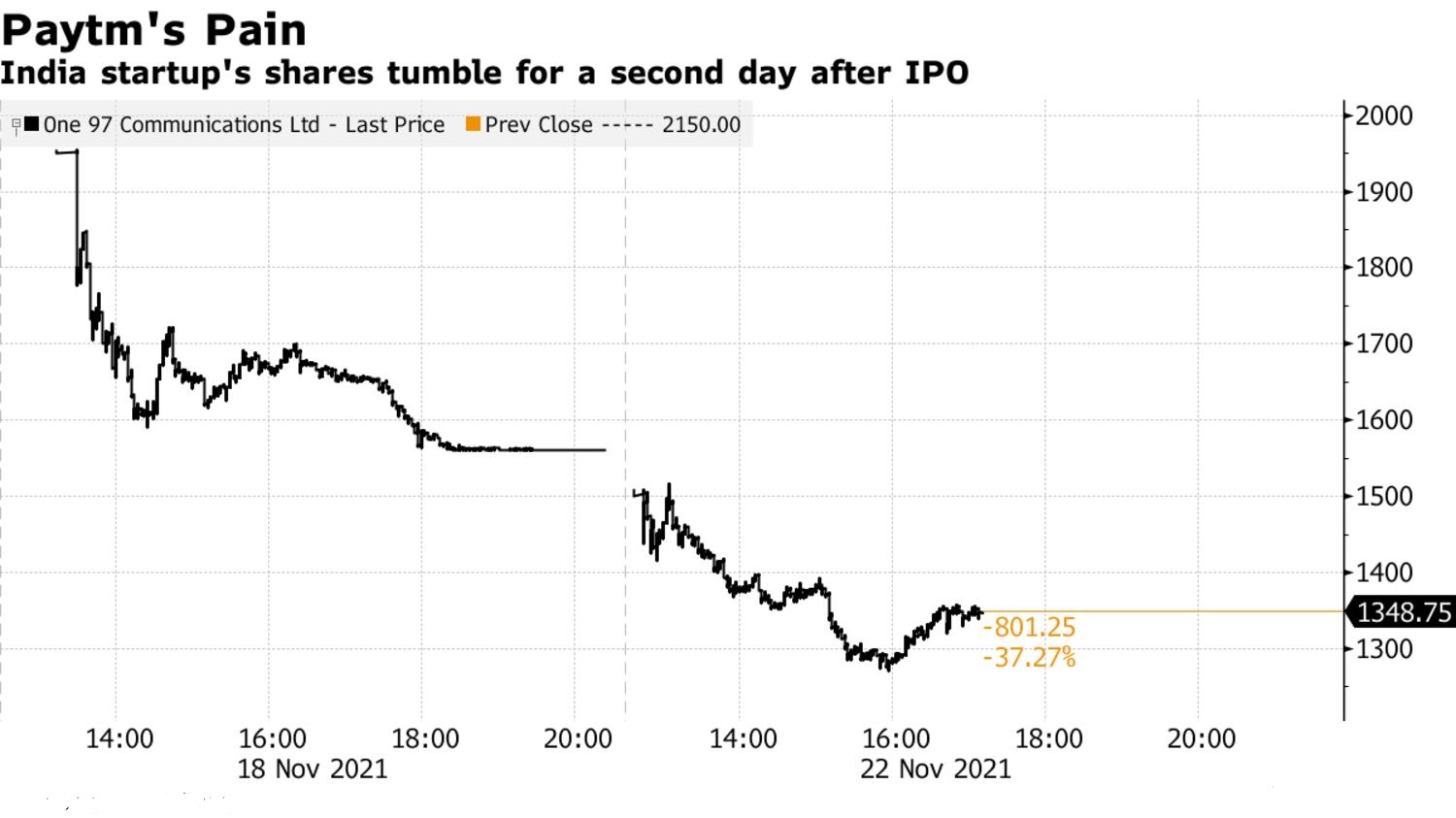 The market capitalization of Paytm has dropped significantly to Rs 83,825.03 crore (~$11.26 billion), down from Rs 1.01 lakh crore (~$13.64 billion) at the closing of the first session. The market cap is, unfortunately, much lower than the pre-IPO valuation of $16 billion. It’s worth noting that the fintech giant was valued at $16 billion when it secured $1 billion in a capital round backed by T Rowe Price, a US asset manager. Since its IPO, the digital payments giant’s stock price has been on the decline citing concerns surrounding its high valuation.

Paytm posted financial details for the month of October, which provides the critical period prior to the Diwali festival, following a lackluster debut on Indian stock exchanges on Thursday. According to the firm, gross merchandise value (GMV) increased 131 percent in the month to Rs 83,200 crore (~$11.2 billion). Loan issuance, which analysts believe is essential to Paytm getting profitable, jumped more than 400 percent to Rs 627 crore.

Despite incurring losses, Paytm experienced a 62 percent increase in revenue from operations for Q1 FY22, reaching Rs 890.8 crore, thanks to robust growth in payment and financial services. Its total loss for the quarter grew 34 percent to Rs 381.9 crore, up from Rs 284.4 crore in the same quarter of FY21.

The damage of India’s largest digital payment firm may put a damper on the country’s stock-market growth, which had been among the most aggressive in the world. Some considered the IPO as a reflection of the country’s growing attraction as a global capital destination, particularly for investors exploring alternatives to China.

Paytm appointed leading banks, such as Morgan Stanley, Goldman Sachs Group Inc., JPMorgan Chase & Co., ICICI Securities Ltd., and Axis Capital Holdings Ltd. to manage the issue. However, they all refused to comment or did not reply to requests for comment from media outlets.