Robert Bass, the Texas billionaire who also happens to be the name behind the supersonic jet development firm Aerion Corp., was recently forced to let go of his dream to develop of jet that’s faster than the speed of sound. He has announced that Boeing Co. backed Aerion will be shutting down its operations, since it will not be able to start building an aircraft due to lack of enough funds.

The company emailed the statement to its employees on Friday, that it has been facing major challenges in generating sufficient investment funds so that its AS2 private jet can make the flight from the design stage to production proper.

This announcement comes even as the company had promised back in March this year that it will start putting out the first of its planes in as soon as 2023. The expected output was set to occur at Melbourne, Florida, and commercialisation was slated to start by 2027.

This marks an end to the company’s dreams of reviving civilian travel at supersonic speeds, and that too, for the first time in over 17 years, following the retirement of Concorde in 2003. 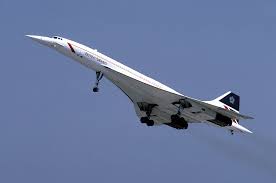 In order to fulfill its plans, the company had enlisted the help of well known investors and suppliers, from Boeing to General Electric Co.

It had even gotten in more than a whopping $11 billion from orders alone. In fact, it had only recently got a new deal to supply 20 planes to Warren Buffett’s Berkshire Hathaway Inc., or more precisely, to its subunit NetJets.

In a statement, Boeing said that even though Aerion couldn’t fully take off, it will still remain committed to innovating, with partners like Aerion.