After years of testing, India is all set to welcome a strong home-grown 5G mobile services ecosystem The MoS- Telecom made a statement regarding 5G services at the inauguration of the International Telecommunication Union's Regional Standardisation Forum (RFS) for the Asia and Oceania region. There has been a lot of speculation around the 5G launch in India. A few days ago, Bharti Airtel released a press release confirming the rollout of 5G services. The discussion took pace after the Minister of State for Telecom, Mr. Devusinh Chauhan, on Monday, said that 5G mobile services are likely to unfurl in about a month.

“In about a month, 5G mobile services will roll out in the country, which will have multiplier effects on the development of all sectors. A 6G Technology Innovations Group has also been set up, which is working towards the development of an indigenous 6G stack, “

The country’s first ever telecom spectrum auction concluded on August 1, 2022. Top telecom companies, along with Airtel, Vodafone, Idea, and Reliance Jio, took part in this auction. The auction received a bid of Rs. 1.5 lakh crore, with Jio acquiring approximately half of all the airwaves.

Mr. Chauhan also expressed admiration for the government, stating that they have played a vital role in the advancement of the telecom sector by introducing market-friendly policies. In recent years, the government has proposed multiple structural and procedural reforms to streamline the telecommunication domain. This initiative by the government has created a very positive and progressive environment for the industry. The results of these reforms were visible in the 5G spectrum auction that received a bid of approximately Rs. 1.5 lakh crores, he said.

Airtel has already entered into network agreements with Nokia, Samsung, and Ericsson to deliver 5G services all across the country. Bharti Airtel has acquired 19,800 MHz of spectrum in the 900 MHz, 1800 MHz, 2100 MHz, 3300 MHz, and 26 GHz frequency bands in the spectrum auction conducted by the Department of Telecom, Government of India. Its rival telecom companies are yet to confirm their plans for 5G roll-out. 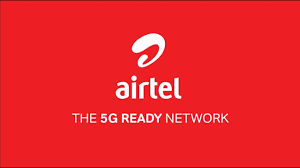 At the inaugural event of the International Telecommunication Union’s Regional Standardisation Forum (RFS) for Asia and Oceania region, an exhibition was also hosted to depict India’s home-grown advanced technology.

Indian engineers are working hard to introduce indigenously developed and manufactured 5G gear to the market, with the goal of providing 5G access even in rural areas. But given the fact that India has always been a bit behind when it comes to introducing new technology, it has become very crucial for the telecom sector to improve the 4G networks along with the release of 5G services in the Indian ecosystem.