The trend of hackers hacking the cryptocurrency wallets, cross chain bridges and looting them off of their cryptocurrencies and other digital assets is increasing rapidly in the market. Many cryptocurrency investors have been robbed and scammed and left their accounts in disdain by the hackers. Though the regulatory bodies such as SEC and CFTC have been working diligently to curb the illegal activities in crypto domain, the activities continue to haunt the market place and the investors.

Recently, last week, a Cross Chain Bridge, reported that, the platform was exploited severely as $190 Million was hacked. Some of the users even went to the extent of tweeting and advising other investors of the platform to withdraw their currencies in order to save them selves from such hacks and exploitations. As a result, many real investors of the firm went on to withdraw their currencies.

If the reports are to be believed, after the exploitation happened, the Token bridge was left with $650 in the wallet and the remaining $190 Million was either hacked or was withdrawn. As the pressures for the company is increasing, it released a statement asking the hackers to return the money. If 90% of the money was returned back, then the company would treat them as white hat do-gooders or the genuine investors and wouldn’t pursue any kind of lawful action against them.

Let’s look at what the official statement said.

“Nomad is announcing an up to 10% bounty to Nomad Bridge hackers where Nomad will consider any party who returns at least 90% of the total funds they hacked to be a white hat. Nomad will not pursue legal action against white hats. Funds must be returned to the official Nomad recovery wallet address: 0x94a84433101a10aeda762968f6995c574d1bf154.”

After Nomad released the statement, it was reported that, around $38 million had returned back to the account from over 90 different wallet addresses. 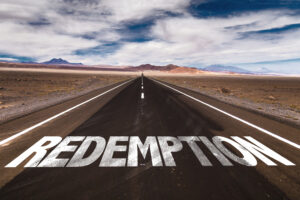 According to me, Nomad’s steps have already given them satisfactory results in recovering the exploited funds. Moving forward, it seems highly possible that the cross-bridge chain will act more severely towards the criminals and punish them severely if caught!