In order to satisfy demand before the hectic holiday shopping season, Amazon announced Thursday that it plans to hire 150,000 more staff nationwide.

According to the organisation, the jobs vary from packaging and picking to sorting and shipping and include full-time, seasonal, and part-time positions. Just a few days prior to Amazon’s upcoming second Prime Day shopping event, the news was made. 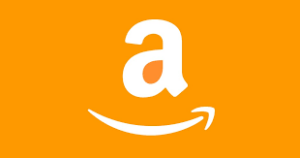 Every year during the holiday season, Amazon increases up hiring, but this year it is doing so amid a competitive labour market and increased pressure from inflation to raise salaries.

Amazon announced last week that it would increase the hourly pay for warehousing and delivery staff. According to their position and location in the United States, Amazon employees can now earn more than $19 an hour on average, up from $18 previously.

The business stated on Thursday that it will offer additional sign-on bonuses, ranging from $1,000 to $3,000 in some locations, for the recently announced holiday employment. The states with the most job openings include California, Illinois, and Texas.

The revelation of the hiring comes at a time when many high-profile unionisation campaigns are underway in Amazon warehouses, including ones in Alabama and New York.

At a site in Staten Island, New York, earlier this year, the Amazon Labor Union achieved history by becoming the nation’s first labour union. Workers at a different factory close to Albany, New York, will vote to join the same grassroots worker group the following week.