It is no doubt that Artificial Intelligence (AI) has proven to be quite a useful tool in the field of technology. It has been consistently able to improvise the way things work around the world. Machine learning has proved itself to be capable of performing a plethora of tasks which humans are not built to carry out.

Researchers all over the world are now pairing AI with different other technologies in order to discover newer and better substitutes for the age old ways. It has proven to be quite user friendly and accessible making it an ideal alternative for things it can replace.

On the other hand we have Google, the tech giant. It has introduced various never seen before products to serve its customers and make the tasks easier. Google Assistant is one such device. Google Assistant helps its users to carry out their daily tasks with ease.

But for this device to really serve its customers, it must first understand them. It not only includes deciphering human speech and commands but to also understand the meaning behind them. In order to achieve this, the Google Assistant must adapt to its users speech style.

In order to achieve this, this device must face many challenges. Understanding and deciphering speech can prove to be very difficult as it changes from one person to another. Also, differentiating between two names which sound different but are spelled in the same way. 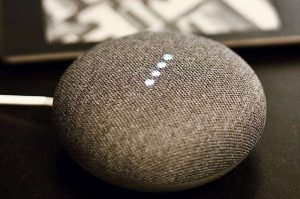 The Google Assistant is able to do this by memorising how it’s user pronounced a particular name. For the time being, this feature will only be available in English but the company is hopeful to add more languages soon.

One of the most common problems which were faced on both the user and product side was selection of the correct contact. Google is now aiming to make Google Assistant more efficient in recognizing and articulating contact names, especially those which are not so common.

This improvement was long awaited among the users of Google Assistant. Almost every household now has at least one Google product so the reach of this company is massive. Having said that, one can also praise the company for providing a good service despite such a heavy customer base.

The company has announced another important improvement in the timer feature of Google Assistant. This will allow the users to set up multiple timers at once. One can also set and cancel a timer by making use of varied vocabulary.

The engineers at Google have also reconstructed the NLU models for Google Assistant. This will enable the device to understand the context of the command and will also improve the ‘reference resolution’, with this it will be able to understand the intent behind a command. All these new features and improvements make use of a machine learning technology which was developed back in 2018 for Google Search.