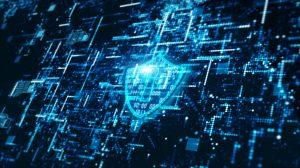 Vectra AI, a cybersecurity startup based in San Jose, California made an announcement today regarding a funding round through which it raised an amount of $130 million, which rocketed the company valuation to $1.2 billion. The company expects the investment to add a speed boost to growth by facilitating the expansion to new markets and countries.

It is expected that the security segment will reach a valuation of $1.68 billion by this year owing to the rapid rise in security breaches and related incidents. The majority of the business leaders are concerned about security and safety and are looking forward to effective cybersecurity solutions.

Vectra marked its launch in the year 2012, and it was the brainchild of Hitesh Sheth. The company is focused on providing network detection and response services that are powered by artificial intelligence. Security-enriched metadata is sent by the platform to data lakes and SIEM systems. It simultaneously stores and investigates threats in the enriched data.

The core component or the foundation of Vectra’s product suite is artificial intelligence. Any sort of anomalous or suspicious behavior is detected by the algorithms which alert the IT teams, thereby helping them to mitigate the threat. The threat detection models at Vectra are trained by supervised machine learning techniques which facilitates the identification of attacks. Self-learning AI systems are built by the data scientists at Vectra which adds to the metadata by providing key information concerning security.

“AI-based security defenses are the right tool for modern network defenders, not because current threats will become some dominant force, but because they are transformative in their own right.”

The company has plans to expand globally. This was indicated by the opening of a regional headquarters in Australia in 2019. Last July also saw the launch of a range of new advisory and operational cybersecurity services. This came weeks after Vectra revamped its international channel partner program.