Akamai apologized for outage which took down banks, airlines

Akamai apologized for the abrupt shutdown of one of its Prolexic DDoS services on Thursday, leading to many major banks and airlines going offline in Australia due to a nationwide shutdown. Assuring users that the reason for the problem was not a cyberattack or system update, the US-based firm further revealed “accidentally exceeded” values in the routing table that Prolexic DDoS makes use of. In a statement regarding the same, the company also said that the only impact the unexpected shutdown had, was a short interruption in services, which nevertheless, did affect a significant number of customers. 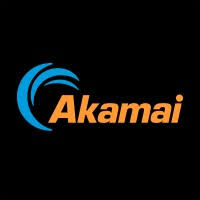 Quick Action on its Part

Saying that it had immediately detected the issue and notified customers “within seconds”, Akamai apologized for any inadvertent trouble caused to consumers. The problem, however, was only limited to users on “version 3.0 of the Routed service”, a post by the firm said.

Some 500 customers were affected due to the glitch, and many of them were in fact, automatically rerouted in a matter of minutes, as operations got restored. Akamai said that the remaining users were also rerouted shortly thereafter, albeit manually.

Customers mostly included those connected to three of Australia’s most popular banks, including Australia and New Zealand Banking Group, Westpac, and ANZ, along with Virginia Australia and Australia Post.

Customers who faced issues accessing the services took to Twitter to contact the consumer care at the platform, to which Akamai replied that they “are urgently investigating”. Service went off around 2:20 pm AEST on Thursday and was restored fully somewhere around 6:47 pm AEST.

Highlighting the trouble that it and its customers were facing, Virginia Australia tweeted that its website and contact center had been shut down during the problem.

Meanwhile, Akamai apologized for the issue and said that it will be taking adequate measures to ensure that such a thing doesn’t happen again.

Akamai Technologies Inc. is a well-known provider of cloud and enterprise securities and has state-of-the-art tools in place to stop credentials from being abused, and protecting apps and data. Meanwhile, it also provides high-level automation and data, to help companies enhance the experience of their consumers. It has made a name for itself in the global industry, being the “largest and most sophisticated edge service provider” in the world. It is also one of the leading content delivery network providers, aiding the delivery of media and software.