Algorand (ALGO) is down 9% today after Skybridge raised $100M

The cryptocurrency is currently experiencing negative 9 percent dynamics. Prices remained unchanged at $2.00, indicating a downward trend. However, according to the price chart, Algorand began the session with a mark of $2.20. 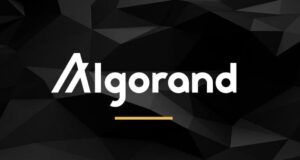 Anthony Scaramucci, the creator of SkyBridge and a former White House communications director, revealed in an interview with CNBC that the company had raised more than $ 100 million in the recently announced Algorand fund.

According to Anthony Scaramucci, the corporation presently has crypto assets worth approximately $ 700 million. Scaramucci said that “cryptocurrency is here to stay,” and that regulators must act “very quickly” to curb the technology’s rapid spread. Many observers predict oppressive steps from the US Securities and Exchange Commission, prompting Scaramucci’s remarks (SEC)

What is Algorand? (ALGO)

Algorand is one of a slew of recent initiatives aiming to broaden the scope of cryptocurrency’s potential applications by speeding up transaction processing and shortening the time it takes for transactions to be deemed complete on its network.

Algorand, which will be officially launched in 2019, aims to attain these characteristics by making decisions that differ from how cryptocurrencies have typically been built.

The ALGO coin, which Algorand puts into its economy with each new block, is distributed to everyone who has a set quantity of the currency in their wallets.

Users can also establish smart contracts (programmatic agreements for developing decentralised applications) and tokens to represent both new and current assets with Algorand.

Such characteristics were successful in bringing a diverse group of venture investors to ALGO’s early private sales, which were used to fund the platform’s development.

What is the purpose of Algorand?

The Algorand blockchain’s public version is primarily intended to allow other developers to construct new types of cryptocurrency-powered applications.

The platform has been used in a variety of industries, including real estate, copyright, and microfinance. The Algorand Foundation’s official website has a more complete description of use cases.

Algorand’s code is open-source, which means it can be cloned, replicated, and used in private or permissioned blockchains.