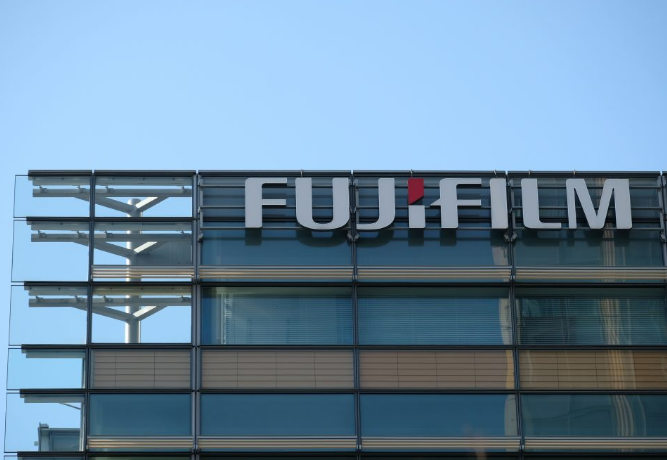 Fujifilm which is quite popularly known for its popular Mini Instax and other Polaroid camera lineup seems like will be emerging into the smartphone industry as well. Recently, the foldable smartphone patented by Fujifilm was spotted online.

However, Fujifilm is seemingly planning to emerge into the smartphone world with the recent trend, which is foldable. As foldable smartphone industry has been growing rapidly every year! Many smartphone brands have been continuously working towards bringing the best and durable foldable for their consumers. So, the completion for foldable will get an extra spice as Japan-based Fujifilm is also entering for a foldable smartphone.

Paten was discovered by the German publication, LetsGoDigital, where, the 51-page long patent was dubbed: “Electronic device and non-transitory computer-readable medium” (quite a mouthful!) was recently published.

The patent was also found in World Intellectual Property Organization (WIPO) database, its place where more leaks about design, specifications with patent images got leaked for the upcoming foldable by Fujifilm.

Talking about the Fujifilm foldable, as far as design is concerned the brand has gone up straight with a side fold device having an external and internal display as well. The German Publication called the patent has similar to Samsung’s popular Galaxy Z Fold 3.

The similarities were spotted by looking at the device’s speakers, touch screen, processor, and microphone, and last the support for stylus and support for Samsung’s App Continuity-like feature. Even, on the patent, Fujifilm has mentioned the interfaces and the change based on the folding angle of the foldable smartphone.

However, there were a lot of details revealed by the company just with its patent but the only thing which still remained under wraps is its camera section! Although Fujifilm is already into making some great stunning cameras, we can expect some good cameras to be used for its upcoming foldable.

As we mentioned above, the new foldable by Fujifilm will also be getting the support for Stylus which is again similar to Galaxy Z Fold 3. Alongside that, its been also confirmed that the device will be able to fold from 30-degree and can up to a max of 135-degree angle. As long as the display stays folded at a 30-degree angle, the outer screen will be turned off to save battery consumption.

When will we get to get see Fujifilm foldable?

As of now, there is no such word from Fujifilm regarding the launch or commercializing of its stylus supporting foldable smartphone. Also, it’s unclear whether this patent will be remain as patented or will Fujifilm work towards competing with other giants in the markets like Samsung and potentially Google as well!