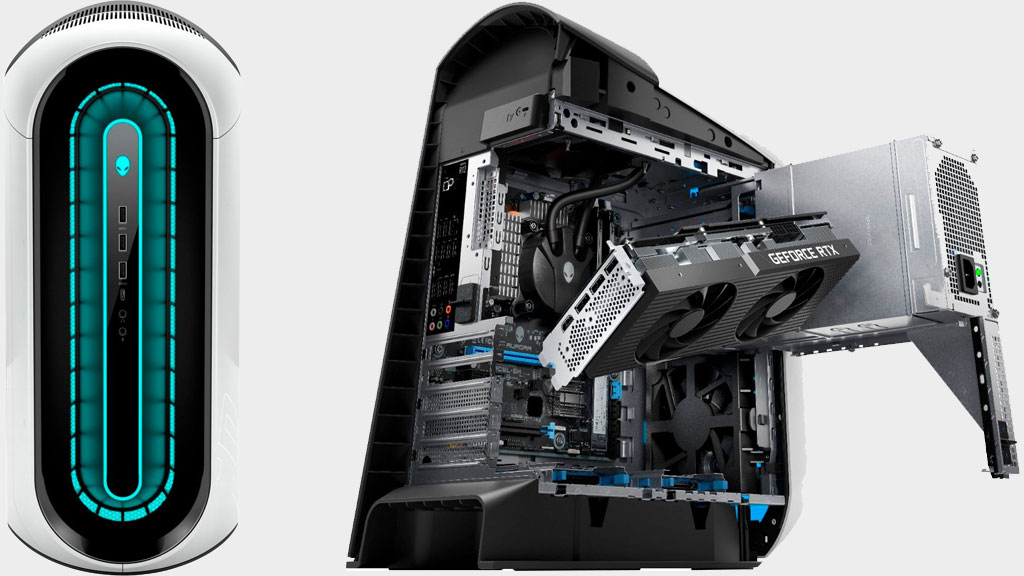 Alienware Aurora Ryzen Edition R10 and Aurora R12 gaming PCs are no longer available in specific configurations due to energy restrictions in six US states.

Acer, Asus, HP, Lenovo, and MSI, among Dell’s competitors, do not have similar material on their websites suggesting shipment restrictions as of this writing. And several of them stated that adhering to the newly established energy policy is not an issue for them.

“Alienware has always been known for pushing the limits when it comes to innovation, performance, design and premium quality,” a prepared statement from Dell reads. “We respect the laws of all cities, states and countries where we do business and always strive to balance power and performance with energy efficiency. While our most powerful gaming systems are available in all 50 states, it is accurate that select configurations of the Alienware Aurora R10 and R12 aren’t shipping to certain states due to the recent California Energy Commission (CEC) Tier 2 regulations that went into effect on July 1, 2021. New models and configurations will meet or exceed these regulations, in line with our long-term focus to address energy and emissions.”

Dell is reacting to California’s regulation, which was originally enacted in 2016, as well as comparable laws (many of which are identical to California’s) in Colorado, Hawaii, Oregon, Vermont, and Washington state. More recently (July 1st, 2021), a “Tier 2” implementation went into effect, which more strictly regulates how much electricity a computer can use per year, particularly while idle. 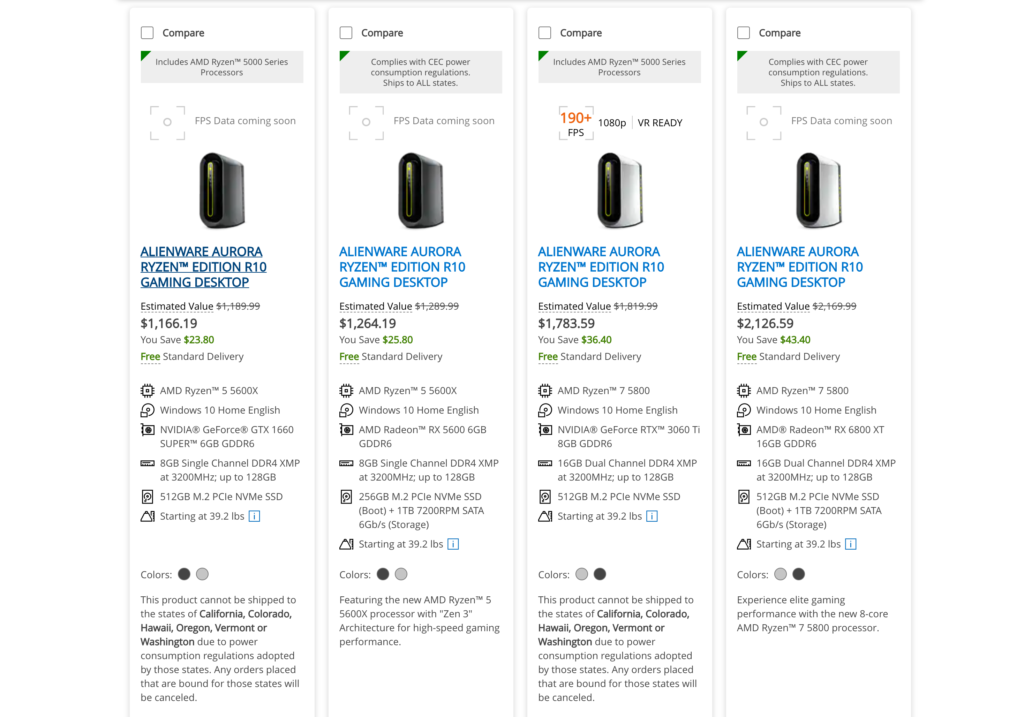 Dell offers adjustable editions of the Aurora Ryzen Edition R10 and Aurora R12 that may be supplied to any state and include a plethora of simpler components. Dell’s officials did not answer to questions about the discrepancies between those that satisfy and those that do not fulfil regulatory criteria.

Acer and Lenovo, on the other hand, have no such difficulties. “Acer desktops shipped after July 1, 2021 are completely compliant with the new power usage rules,” Acer told Tom’s Hardware.

While much has been made of the regulations governing gaming PCs in various states, these states also have rules governing air conditioners, lighting, plumbing fixtures, washers and dryers, landscape irrigation equipment, and other items that must satisfy new energy efficiency criteria. These rules do not apply to game consoles, tablets, or, of course, DIY PCs.