Online retail giant Amazon has introduced its cashierless technology at two Whole Foods outlets, as per an announcement made by the firm on Wednesday. This comes as the latest test the company has carried out on the grab-and-go tech in an actual supermarket.

The news was revealed through a blog post by Amazon itself. According to the same, the technology (which has rather rightly been named “Just Walk Out”) will be introduced at two upcoming Whole Foods locations, which are set become functional next year. One of these will be at Washington D.C.’s Glover Park, while the other will be at Sherman Oaks, California.

The tech itself allows buyers to enter a store, buy what they need, and then exit without having to stand in the long checkout line. They are charged upon leaving the store, after sensors and cameras track what items they purchased.

So, at the soon-to-open Whole Foods outlets, shoppers who do not wish to stand in the checkout line, will have the option of entering the store by one of many ways. They can scan an app, insert a debit or credit card that is linked to their Amazon account, or even place their palm over Amazon One, the firm’s very own palm-scanning payment gateway.

Moreover, buyers will have the chance to opt out of the cashierless system any time, and should they choose to do so, they will have to resort to the self-checkout method or customer service booths.

Just Walk Out has previously been employed by Amazon across multiple store formats, from its Fresh grocery outlets to its Go convenience stores. 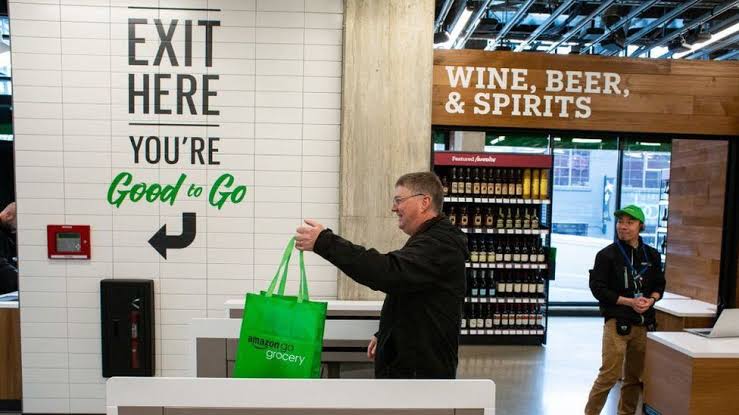 The tech has also been sold to some third-party retailers, and the online retail giant has succeeded in launching the system before many start-ups that have come up similar systems but have been unable to roll them out to bigger outlets, owing to technical problems.

Invoking The Ire Of Labor Unions

At the same time though, labor unions have been calling out the technology on grounds that it could eliminate the need for human cashiers. Amazon, meanwhile, has argued in its blog post that using the system at Whole Foods will allow employees to shift their attention to other kinds of work in the stores. The company believes that this flexibility would give its staff an opportunity to interact with customers more, in order to ensure “a great shopping experience.”