Bitcoin golden cross is incoming: What could it mean?

Bitcoin golden cross happens when the 50 daily moving average crosses the 200 daily moving average from the bottom and moves up. We saw the death cross of Bitcoin in June when the prices started to dump, but now things have started to look better again. Even in the past, we have seen a substantial price increase whenever the 50 daily MA crossed the 200 daily MA from the bottom. And as the golden cross approached, the same could follow again.

The price movement of Bitcoin seems solid as per the on-chain metrics. Yes, we saw a dump a couple of days back, but it isn’t much. We are still doing good on the 200 daily MA support, and the price could rise from here on. A few resistances that Bitcoin conquered will pose problems again. The main ones are $49,300 and $50,500. The price has broken through, and it will come to retest it once again (I at least hope so). And if it is unable to break the same, we could move to lower levels once again. 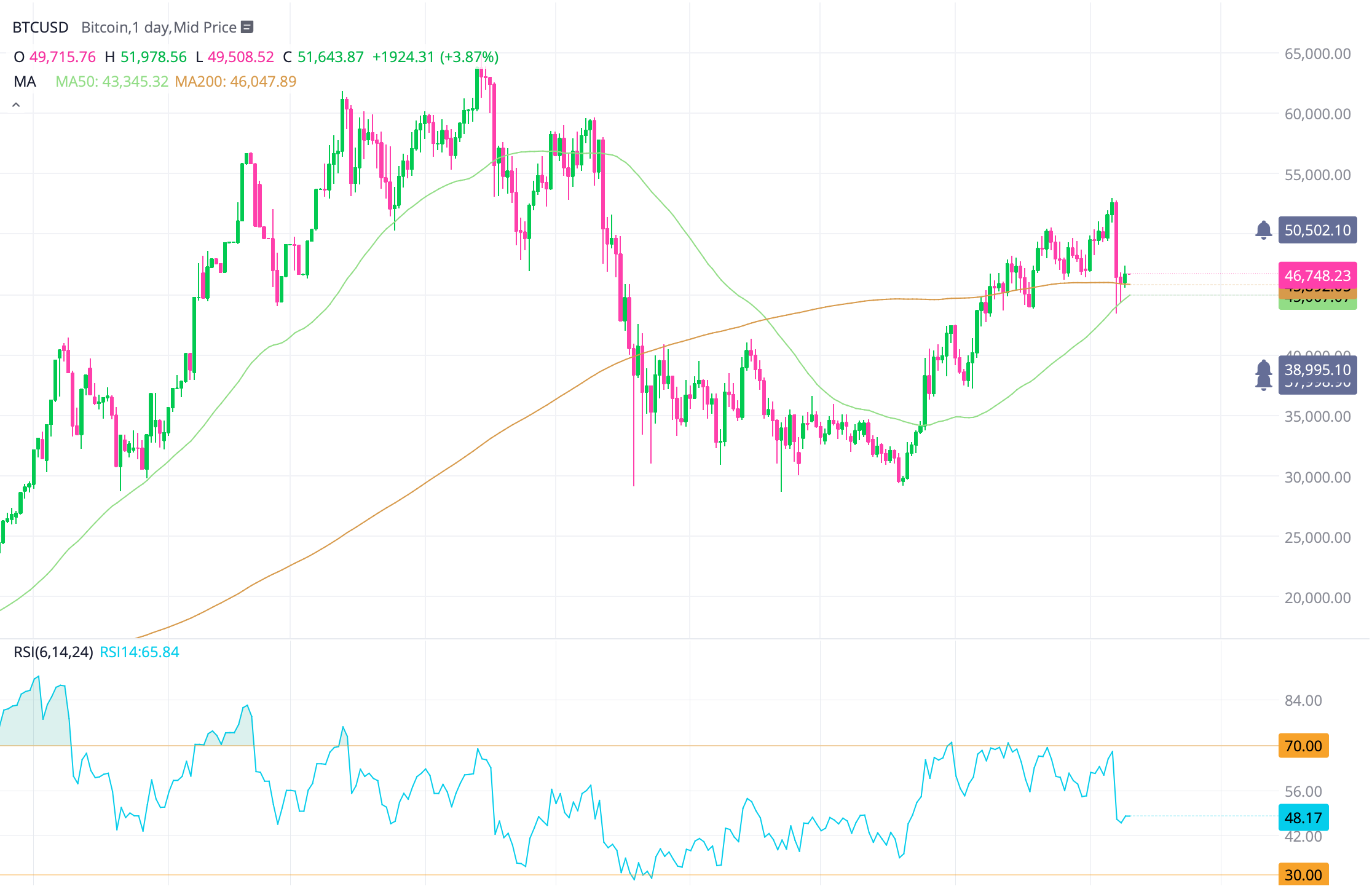 Another dump of the calibre that happened 2 days back, and we will fall below $40k. The RSI has also taken a huge hit and has made a lower low. A similar pattern happened when Bitcoin reached $65k, but the RSI was moving lower with every price increase, and ultimately, we broke down. The only positive ray of hope that we have here is the Bitcoin golden cross that could change the market sentiment and push us to a new ATH.

One of the biggest problems or threats to this could be another dump that halts the golden cross. If that happens, we are surely moving to a bear market again. And I don’t know why but I am sensing this as a possibility. Or we could even see that the golden cross happens, but then another death cross follows soon.

I am not very bullish right now. Yes, I do hope that the price jumps and makes a new ATH, but my expectations are low. So, if it does happen, I will be happy, and if it doesn’t, I will accumulate till the next bull run. What are your thoughts on the same? Do let us know in the comments below. Also, if you found our content informative, do like and share it with your friends.

Also Read: The SEC is overstepping now, the Coinbase controversy