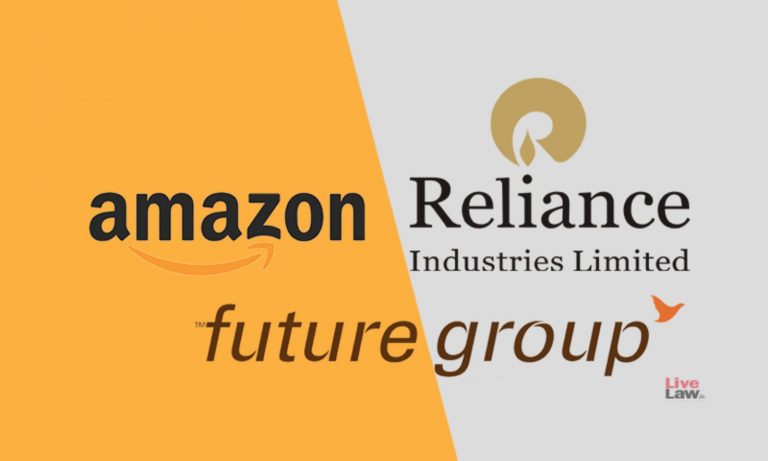 Looks like Amazon is not in a mood to settle the heat.

The Reliance- Future deal that just took its speed is now again challenged legally by the e-commerce giant.

The verdict given by Delhi High court was put under question and again the things are taking an offensive mode. To get more details; let’s go inside.

INSIGHTS INTO THE MATTER

Amazon approached the supreme court in order to challenge the decision given by the Delhi High Court with respect to deal that still stands at a stop mode. In the petition; the order of Delhi High court is said illegal, random, inequitable & unfair.

Delhi High court’s single bench judge straight away upheld the matter raised by Singapore International Arbitration Centre (SIAC) in which Amazon claimed that the deal is against the agreement signed by the company with Future group. The Centre thereafter imposed penalties on the Future Group

The court clearly rejected the plea and said that Amazon has hold on stakes which are anyhow not sold to the RIL. So; the question of raising any doubts is completely baseless as Amazon has no stakes involved in this deal.

BASICS OF THE DEAL

In August 2020; the reliance group disclosed that it would acquire the assets of Future Group which is by far the largest retail chain in the business for an amount of more than Rs. 24000 crores.

Amazon objected the deal on its grounds stating that it holds 49% of the Future coupons which is the promoter venture of future Group. A legal notice was served to the future Group and the deal was put on hold.

In sync with this the Delhi High court did its hearing in March where it offered a clean chit to the deal. On getting the requisite approval ; reliance group thought that the deal should be extended till September in order to give enough time for completion of other formalities.Meanwhile; now the Amazon group has again made its plans to come in between and therefore; the group in February itself made its plea to the supreme court.

The supreme court has passed this matter to National Company Law Tribunal (NCLT). April 27 is the probable hearing date. 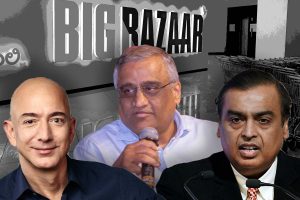 The question still remains the same.

Why such a big world e-commerce retailer is giving every effort to make this deal go off-track?

The answer is very simple. Acquisition of future group assets would help anyway as a competitor would be out but the real competition is about the target $ 1 trillion market. Who becomes the dominant player holds a significant importance? Future group is in a way the middle wire that is bearing all the pressure between two giant groups.

Reliance quite in sync with its behavior is trying to get hold of the entire retail, wholesale, logistics & warehousing units by acquiring future which will double its footprint across the nation. This is a signal that the next biggest brick & mortar player is only Reliance which will definitely be a big problem for Amazon which is in mood to expand offline.

So; a lot is at stake from all the viewpoints.