Ed-tech has gained tremendous amount of funds in the last year but the only one name that has made its way into every funding is Byju’s. The online platform has been able to raise a lot & has taken certain major strategic decisions in the start of the year itself.

They are now not only limited to online space but have tried to extend & expand to the offline education industry too. The recent buzz has also been from the same domain. This time funds have been raised by the company from a major social media platform co-founder. That is the reason it has grabbed a lot of attention. To know other details; let’s get into the article.

The raise is of close to $ 1 billion from new set of investors which are as follows:

The sources claim that the existing list of backers which include Owl ventures, Silver Lake management are about to invest $ 100 million each in the funding round.This round would make the online ed-tech start up stand somewhat close to the valuation of $ 15 billion. 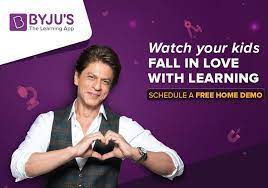 The name needs no introduction.It is the world’s most valued online education platform that has a revenue of Rs. 2800 crores and has a list of subsidiaries that could have been its biggest rivals in the near future.

The company was started in the year 2011 by Byju Raveendran in order to place technology in sync with education. Their basic focus was on personalized learning. Starting from engaging content to tech enabled learning they have managed & conquered all.

Using top-notch marketing & deliverables it has been able to secure the position of an undisputable leader that is now receiving funds at a very fast pace. It has never gone after any investor due to the support & trust people have invested in this start up since the very beginning.

The company is ready to come with its initial public offer in the next 18-24 months. It has become a brand which has bagged both great backups & funding since its very inception.

These amounts have not been used to diversify the online business. It has tactically used to remove all the major players in the market like White Hat Jr, Aakash Education, Tutor Vista , Scholr and a lot more. Starting from the seed funding till the upcoming IPO; Byju’s has planned anything & everything.

We cannot ignore the fact that ed-tech is & will be the new normal. The growth rates are phenomenal. The funding are breaking all records; BYJU’s itself has taken $ 1.35 billion from the pool of investment. The founder during last year tried to explain why this sudden faith has emerged that