Jeff Bezos-led Amazon Inc., the largest online retail platform in the world, has announced on Tuesday, an indefinite extension on its existing ban on use of face-recognition by the police. 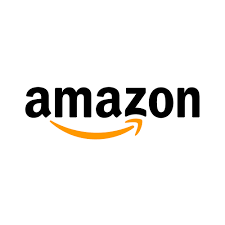 Extending the Ban Amid Rising Concerns

This news comes even amid the rising concerns of bias, as the platform extends the ban it had imposed back in June last year. The bias in question refers to the growing concerns among activists and users that Amazon and other technology companies are promoting prejudices against people with darker skin tones, by selling face-recognition software to the police and other law enforcers.

Back last year, the company had said that it will be implementing a moratorium for one year, on the use of the face-recognition technology by the police. It had asked the Congress to make use of the time the break to enact better and stronger safeguards against the use of technology. The problem with said technology is that it can make errors in identifying people having darker skin.

Now, the ban has been extended indefinitely, or, more precisely, “until further notice”.

In case of Amazon, the technologies in question include the face recognition technology, “Rekognition”, which has been developed by the company’s cloud-computing department. Another technology that is under fire from activists is the Ring Surveillance cameras, which are mostly used I home security systems.

While the company fights to prove the accuracy of its face-recognition technology, at least 7 States in the US have already come up with restrictions to keep the use of such technologies by governmental authorities, in question. Several other states and regions are also looking toward enacting similar restrictions.

Discrimination towards People with Dark Skin?

The extended ban comes at a time of growing unrest among people, over the discrimination against people of color and people with darker skin tones. Only last week, activists had called for Amazon to permanently ban the sale of Rekognition, and later had escalated it to calls for the complete scrapping of the tech.

Tech giants Microsoft and IBM have also enacted similar bans on the sale of such systems, which have been in place since last year. It is unclear however, how effective the move is. This is because governmental authorities are reportedly still making use of smaller vendors for getting access to such technologies.