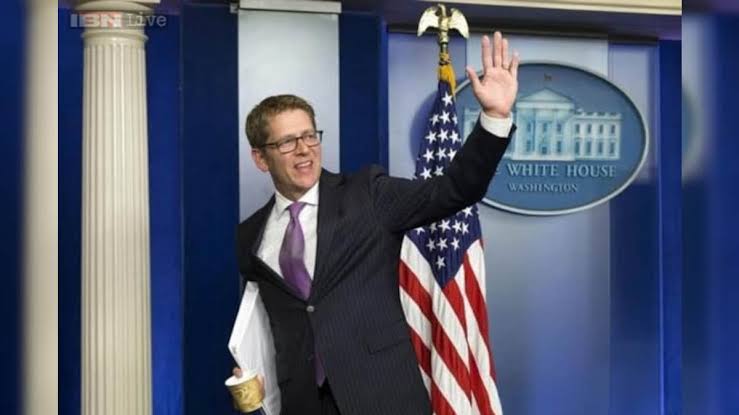 In Airbnb Inc, Jay Carney would be holding post of Policy and Communications head. And according to various media reports, he will be directly reporting to Chief Executive Officer of Airbnb Inc, Brian Chesky.

Airbnb Inc which was founded by Brian Chesky, Joe Gebbia and Nathan Blecharczyk in 2008 is a San Francisco based company which is in the business of operating a virtual marketplace of lodgings for rentals and tourism activities.

In Amazon, he was primarily responsible for managing a group of lobbyists and public policy experts who would be lobbying on behalf of Amazon in various political and authority structures. Public policy analysts mainly focuses on the impact or possible consequences and repercussions of each action taken by Amazon Inc in the business world.

What started in 2015 as a small group of nearly 24 lobbyists and employees in Amazon became a huge department by 2021 with more than 250 employees working under Jay Carney. The number of registered lobbyists in the company doubled and tripled under Jay Carney. Jay Carney even made a deal with Chinese government and authorities which helped the Amazon Inc to promote their Kindle devices and such electronic books in the highly populous Chinese market.

According to letter accessed by Reuters news agency, Jay Carney informed the global corporate affairs of Amazon Inc regarding his decision to leave the entity. He also added that he was extremely grateful to have been part of an organisation which made huge impact in society.

Now with Jay Carney gone from the company, there would be a shuffle in the top level structure soon. In an email send to top level executives of the company, Chief Executive Officer of Amazon Inc said that the company would find an apt replacment for him.

Till a new replacement is found out, Public Policy lieutenants who worked under Carney would now be reporting of General Counsel of the company, David Zapolsi.

Head of communications of Amazon Inc, Drew Herdener would be directly reporting to CEO Andy Jassy himself.

Jay Carney who was born in 1965 finished his graduation at Yale University.

Later he went onto work at The Miami Herald as a reporter. Soon after he joined Time magazine as bureau chief at Miami. Since he was good in Russian language he worked in Moscow bureau of Time magazine for three years from 1990.

During his tenure at Time he covered several important events such as Collapse of USSR, US Presidential Election Campaign of 2000 and 9/11 to name a few.

In 2011, he joined Obama Administration under then US President Barack Obama as White house press secretary.