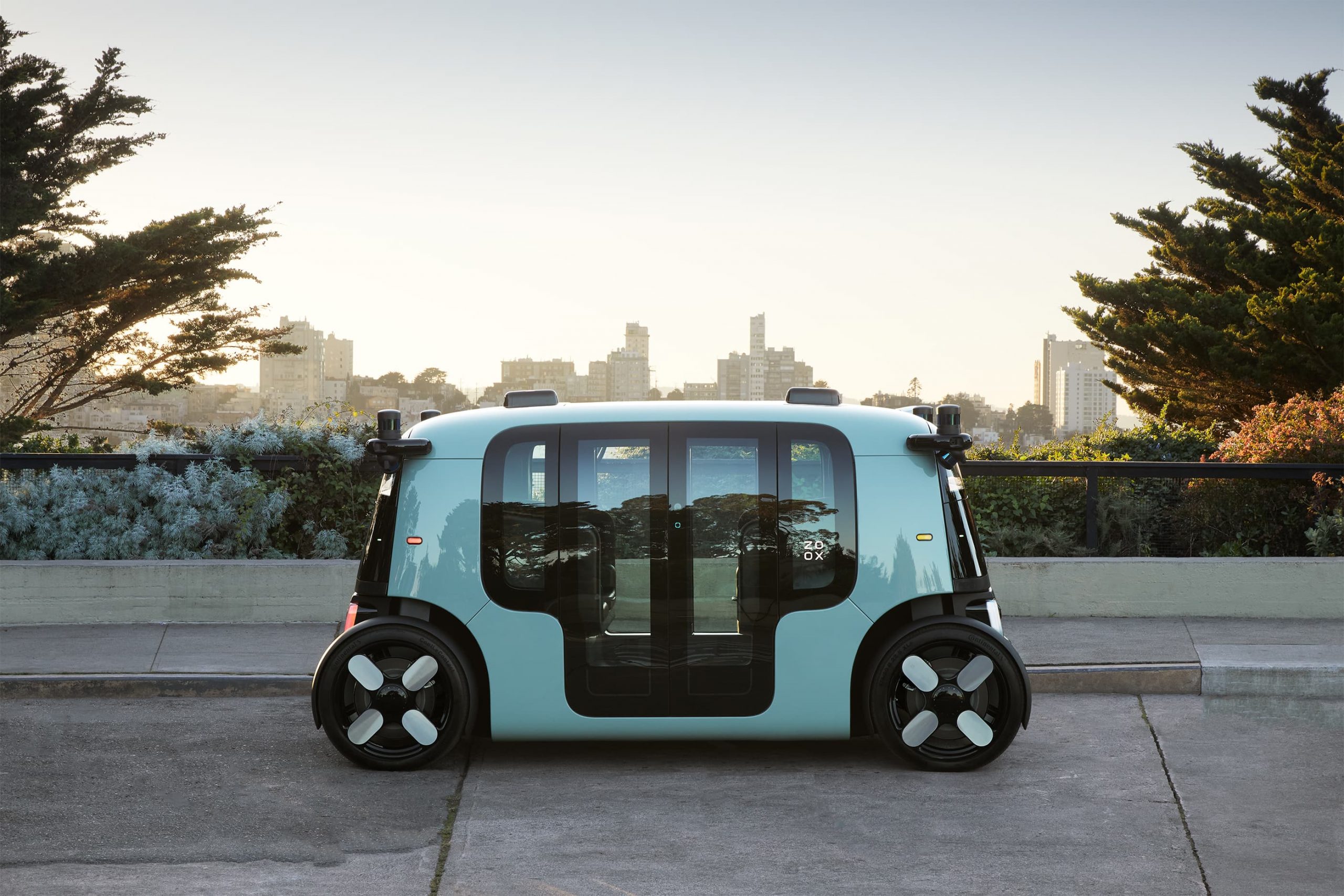 Zoox is an autonomous self-driving vehicle company that is headquartered in California and was acquired by Amazon in 2020.

Well, most recently the company has announced and unveiled its fully autonomous driver-less self-driving Electric Vehicle that has no steering wheel, no side mirrors, equipped with a battery that runs day and night on a single charge and contains a capacity to carry up to four passengers.

As reported by online publisher, Bloomberg- Zoox Inc. describes the self-driving vehicle as “Robotaxi”. The autonomous vehicle runs on four wheels with a motor attached at each end of the car that enables it to run in either direction, there is no traditional front end and rear end of this car. The maximum speed of the vehicle is set at 75 miles per hour which is perfect in every sense and safety purposes as well, considering that it is driverless.

Furthermore, as mentioned above, the car can drive day and night on a single charge as two high powered battery packs are fitted under each seat row and gives about 16 hours of running time to the Electric vehicle.

The technology is ready after several tests and is fully functional with certified testing by the United States regulatory authority. The Robotaxi has passed all FMVSS crash tests as well.

Zoox was founded back in 2014 by Tim Kentley-Klay and Jesse Levinson.

Furthermore, the company plans to commercialize the technology by launching an app-based ride-sharing service, something like Uber and Ola. The company spokesperson even mentions in a statement that in the future when their ride-hailing service starts, the cost is undecided but will be affordable and competitive to what other ride-sharing companies are charging. However, confirmation comes that the services shall not start anytime soon before 2022.

According to reports, Zoox does not manufacture the Electric Robotaxi completely. It is confirmed by the company itself that they import assembled car components such as the body of the vehicle, the drive unit, battery packs etc. The company executive jokingly said that it is like assembling a Lego set as they only indulge in the final assembly of all the components required to run the Robotaxi.

Jesse Levinson, Chief Technology Officer, Zoox Inc. mentioned that the completion of Robotaxi is a significant step for the company after several years of work since its inception in 2014. He added, many times Zoox was ridiculed for what it was trying to achieve, as reported by Bloomberg TV.

The Robotaxi is equipped with sensor pods on each corner, LiDAR (Light Detection and Ranging) sensors, spinning laser sensors and cameras on both ends to help the car navigate while operating. The sensor pods provide the car with a 270-degree field of view for better navigation with the help of two cameras sitting on top for better vision at once.

As far as passenger safety is concerned, Zoox confirms that if the Robotaxi is engaged in a crash, airbags will automatically be deployed to form a cocoon around the passengers for complete safety. However, it is unlikely to happen, the company mentions showing their confidence in the technology after undertaking and passing several safety tests.

Furthermore, the Robotaxi can manually be operated by the company, remotely and the passengers have the option to blur out the cameras fitted inside for privacy purposes.

Autonomous self-driving vehicles and commercial taxis are the future that is taking much more than the anticipated time, but companies are working it and at some point, we might be able to book a fully driver-less autonomous electric vehicle to take us to our destination, that too at affordable prices.