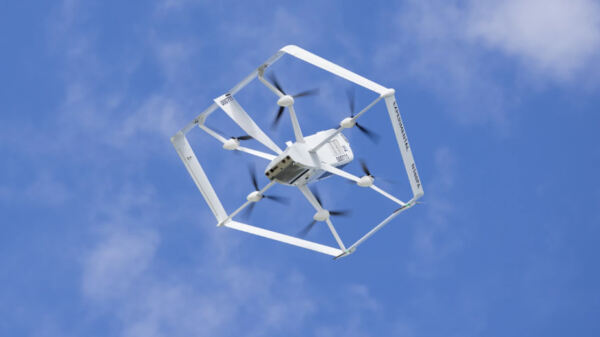 The spokesperson of Amazon, Av Zammit said that the company has already approached Amazon Customers in Lockeford. The company has requested them to opt for free delivery whenever they order a product.

Lockeford, with a population of approximately, 3500, would be the first people to get a free drone delivery of Amazon products within 30 minutes of ordering.

As of now, only Prime Members of Amazon will be eligible for drone delivery. For eligible members, the drone service will be free of cost.

According to an Amazon blog post, they are working with the Federal Aviation Administration, local authorities, state authorities, and regulators to ensure the safe and smooth delivery of products.

The company informed they will continue to collaborate with the FAA and other regulators to ensure the safety of civilians and communities.

Prime Air drone delivery, has already received an air career certificate from the FAA, which is mandatory to operate drones with advanced capabilities. American retailer Walmart and Universal Parcel Service are also developing and testing their drone services.

Almost 1000 products from Amazon will be eligible for drone delivery.

Blog posts state that the experiences and opinions of customers in Lockeford will be vital for the company to ensure and create a safe system which will enable customers from everywhere to use the drone service.

It also says that Amazon Drone Delivery will one day become as common as van delivery.

According to Amazon, numerous scientists, engineers and aerospace professionals, have worked on this project for the past many years. They built almost two dozen prototypes before deciding on the final selection.

All the prototypes have supposedly gone through years of testing, updates and modifications.

How will Prime Air work?

Once the order is placed, customers will have the option to opt for a drone delivery service. They will receive information regarding estimated travel time and a status tracker.

Prime Air drones will deliver the item in such a way that once the flying object reaches its target location, it will descend to a safe height and hover over it. It will release the package to the customer’s backyard safely and properly.

The drone system will ensure the delivery location is clear of any people, animals, or other obstacles. The drone will then ascend to a safe height for the return flight.

Prime Air drones will use their sense-and-avoid system to avoid obstacles on the route. The drones can also detect the moving objects on the horizon, like other aircraft. If identified, Prime Air will automatically change course to be safe.