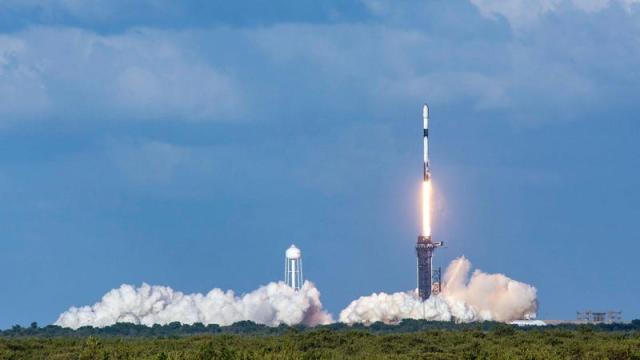 Amazon is working towards launching its own internet service, Project Kuiper, competing with SpaceX  Starlink. However, it appears that Amazon may have to turn to SpaceX to launch its rival service. Especially as launches rely on rockets that are yet to reach orbit. It includes Blue Origin’s New Glenn and the Ariane 6.

In a recent webcast with the Washington Post, Amazon’s senior VP of devices and services Dave Limp touched on this concern, and he refused to rule out asking the company’s rival SpaceX for help with its launches. Amazon’s two prototype satellites are set to launch aboard an ABL Space RS1 rocket next year. The Project Kuiper mega-constellation is eventually expected to total 3,236 satellites in low Earth orbit, bringing high-speed internet anywhere in the world, much like SpaceX’s Starlink. SpaceX currently has more than 3,000 satellites in orbit, and it aims to eventually send roughly 30,000 more up to the skies.

That’s a lot of catching up to do, and Amazon may even need to turn to its rival for help, Limp conceded during his recent webcast interview. “You’d be crazy not to, given their track record,” Limp said after he was asked whether Amazon might turn to SpaceX to launch its Kuiper satellites.

Amazon’s Project Kuiper is very far behind Starlink, with the e-commerce giant has just announced the opening of a new satellite development facility in Washington state. It’s hard not to draw comparisons between the current situation and the rivalry between Blue Origin and SpaceX, Amazon founder Jeff Bezos’ Blue Origin was founded two years before SpaceX, but it has yet to build a rocket capable of reaching orbit.

Blue Origin was famously tied up in a protracted legal dispute with SpaceX and NASA over the latter’s choice of SpaceX’s Starship as a lunar lander for Artemis III over Blue Origin’s option. Bezos also criticized the Federal Communications Commission (FCC) last year, claiming that SpaceX was held to a different, more favorable set of rules than other companies.

SpaceX CEO Elon Musk responded to that accusation on Twitter by writing, “it does not serve the public to hamstring Starlink today for an Amazon satellite system that is at best several years away from operation.” When Amazon’s Project Kuiper was first announced in 2019, Musk tweeted a response to the announcement, saying, “Jeff Bezos copycat.” Musk, who is known for his controversial tweets and who is now the owner of Twitter, has also suggested zapping Bezos “with our space lasers” and even accused the Amazon founder of impotence on one occasion.