Amazon runs out of PS5 restock in the blink of an eye.

It came and then it went. That phrase will perfectly fit the case of the PS5 restock that came back on Amazon, adding exciting enthusiasm to the customers who flocked to get their hands on this once in a blue moon appearance. However, some were in for disappointment as the PS5 consoles got sold out in the blink of an eye. Seems like “the early bird catches the worm” goes well in this context. 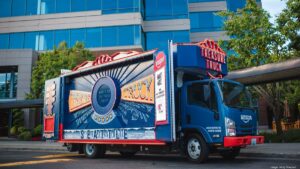 This was the first PS5 restock of this month and before one could decipher what was happening, it became history. The website was almost on the verge of crashing as retailer’s servers found it too difficult to manage the flurry of demands from customers from every direction who wanted to get their hands on the consoles. Looks like they do know about the ‘early bird’ theory very well. The consoles were also available on the Amazon Treasure Truck, thus there were many eyes that were eagerly looking for any sign of Treasure Truck alerts or notifications. You never know when you will get lucky and a treasure truck will grace your locality. Because from the level of the frenzied excitement that came with the restock, it is evident that the PS5 consoles are nothing less of a treasure for gaming enthusiasts.

Amazon Prime members might be in for some good news in the coming days as the company is playing around with the idea of providing early access to the prime members. This elite treatment was already tried out on Amazon UK, and perhaps it will make way to Amazon US very soon. Although it still mostly dwells on the realm of speculation since nothing has been guaranteed by Amazon to date. All we can do is be hopeful about a probable restock in the coming days although it won’t be much of a surprise if there is no restock.

As soon as the news of the PS5 restocks surfaced, Twitter has been brimming with excitement. After all, there is no better space for expressing excitement over a restock than Twitter. Let us take a look at the reaction and responses.

Me and the gang pulling a GTA heist on the Amazon Treasure Truck for that PS5.pic.twitter.com/uQ5Dce7bec

Less than 10 minutes! Did people go to Flash mode or something?

Sony officially launched the new PlayStation in the US in November of 2020 and you still can't get one without a struggle pic.twitter.com/QOOpMkPL2B

Some people have their lucky stars aligned right and you can’t really help it.

8 days ago, I mentioned #Amazon is likely to restock within 7-10 days. I also mentioned they tend to restock between the 20th-25th every month.

We were able to anticipate a LOT. But couldn't have guessed they'd restock via Treasure Truck 😅

Congrats to those who got through. 🙏

Close observation and surveillance are of utmost importance. It is a crucial period after all. A literal game-changer.

I think #Amazon Canada will restock the regular #PS5 page, not the Treasure Truck, whenever they do! I'm watching them very closely this week.

The absolute happiness when a normal Wednesday becomes an exciting Wednesday with that single text.

That is some passive-aggressive emotion there.

The treasure truck ordering crashed from the PS5 offer.

Then they were sold out.

Do better next time or don't do it at all.

Dang it @amazon! Why even send me the Treasure Truck text!? pic.twitter.com/yrC8bbfQ6w

Fast is good or soon it will be all past.

Lolllll it was on the Amazon treasure truck! I get texts whenever they throw something on it and I click on it so I’m just fast™️!