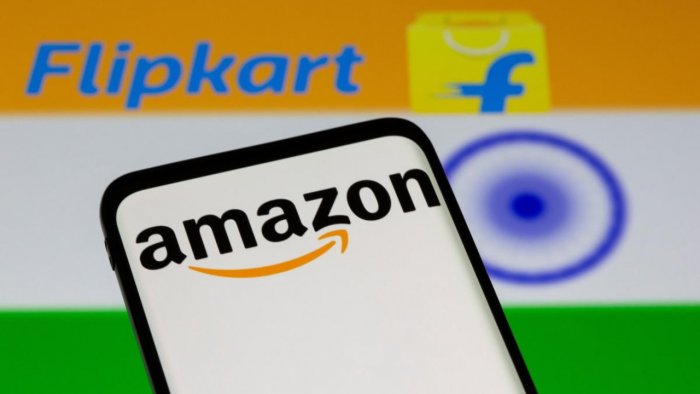 Amazon should have not indulged in CCI hearings if it believes agency has no power to revoke Future deal: CAIT

The Confederation of All India Traders (CAIT) remarked on December 15 that if Amazon feels the Competition Commission of India (CCI) has no revocation powers, it should not have participated in the hearings held by the antitrust body in connection with the Future Coupons agreement.

The merchants’ group cited a Reuters article from December 14 that referenced a private document to imply that Amazon has informed the CCI that it lacks the legal authority to terminate its arrangement with Future Coupons Pvt Ltd (FCPL), which was approved by the agency itself in 2019.

“The power to revoke an approval is a drastic power and is not available to a statutory authority unless expressly provided” in Indian law, Amazon reportedly argued.

The CAIT condemned this alleged Amazon argument, calling it a “afterthought” designed to get the subject out of the CCI.

The corporation has a “my way or the highway” approach, according to the group, adding that if Amazon feels CCI has no revocation power, “why did they engage in several CCI hearings?”

“At first go it should have asked CCI that it does not have any such power,” CAIT added.

Amazon is accused of withholding information from the CCI while seeking clearance for a $200 million transaction to buy a 49 percent share in FCPL in 2019.

CAIT has accused the corporation of withholding information about its strategic interest in Future Retail while seeking clearance for a contract with the latter’s gift voucher division.

:@CAITIndia strongly condemns the high-handed & arrogant attitude as well as diversionary tactics of Amazon for blatantly telling @CCI_India that they have no power to revoke the Future- Amazon deal. CAIT has issued the below detailed rebuttal exposing Amazon’s illegalities. pic.twitter.com/yGwVaKMGmR

The CAIT posted an excerpt from a “email” supposedly received by top Amazon India official Rakesh Bakshi to Amazon CEO Jeff Bezos to back up their claim.

The traders’ group said that the email “does not say a thing about FCPL’s operations” and that it exposes Amazon’s intention to indirectly control the parent company, Future Retail Ltd. (FRL).

According to the CAIT, the authorisation requested from Bezos and granted by him is for “the investment of Rs 1,431 crore in FRL” and not FCPL, and that “FCPL is just a vehicle in the ‘twin-entity’ arrangement.”

The e-commerce giant, on the other hand, had used “paragraphs after paragraphs” to demonstrate the “potential of the gift and loyalty card business of FCPL” in its application seeking authorization for the Amazon-FCPL agreement, according to CAIT.

“Amazon deliberately attached a business plan of gift and loyalty card business of FCPL as if the money of Amazon was to be invested in this business of FCPL and Amazon would reap returns on such investment. This is a deliberate falsification to deceive the CCI,” the traders’ body further said.

CCI’s 2019 approval order, according to the Reuters article, states that its decision “shall stand revoked if, at any time, the information provided” is discovered to be erroneous.