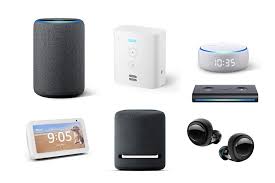 Amazon Sidewalk coming, users have till June 8 to opt out

Popular online retail giant Amazon has reportedly given its customers in the United States (especially those who have Amazon devices) a period of one week, to opt out of a new programme that could potentially put their data privacy in jeopardy.

Amazon Sidewalk, which will come into effect starting June 8, is touted to be aow-bandwidth shared network, which will allow Amazon devices to “work better”, while also locating lost things, like keys and wallets (in a manner which is slightly skin to that used by Apple’s AirTags).

Seamless Connection, but at What Cost?

But here’s the catch. Since Sidewalk has been designed to allow for seamless functioning of Amazon Echo, Alexa, security doorbells, Tile trackers, and even Ring doorbells, it needs an uninterrupted supply of connectivity. So what happens if your data signal dies, or connectivity becomes poor all of a sudden? Amazon will automatically switch to the network of a neighbour, to ensure apt working.

The ideal behind Amazon Sidewalk is to create a mesh network spanning the entire city, to allow for easy setting up of new devices, and maintaining them online without break. The app has come under fire due to this very reason, with chances of data breaches being high.

Since people might have issues giving others direct access to their network, the platform has said in a blog post that its “Amazon Sidewalk” is only as strong as the trust that customers put into the company, to keep their data safe. Consequently, users have until 8th June to decide if they would want to opt out of the scheme.

For users who want out from the plan, all they have to do is disable “Amazon Sidewalk” from the “Account Settings” subheading in the “Settings” tab under “More” in the Alexa app. It is not possible to disable the feature from the online account.