Amazon to face a lawsuit by Teamsters Union in Canada

After a Teamsters local filed for a union vote for workers at Amazon.com Inc.’s fulfillment center in Edmonton, the e-commerce giant might be facing its first unionization struggle in Canada. 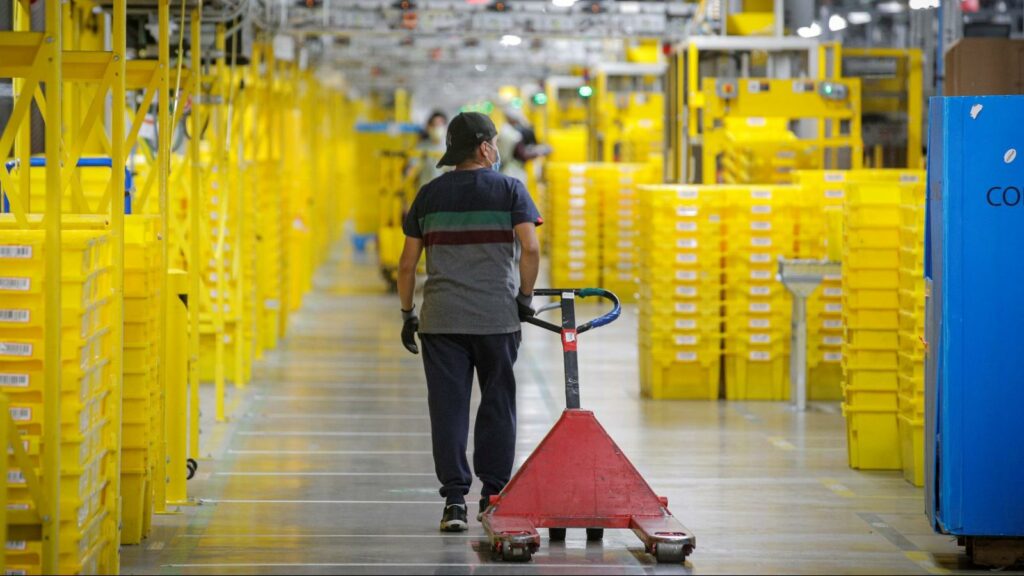 All workers at the YEG 1 fulfillment center in Nisku, Alta., who was hired as of Monday will be eligible to vote on joining the union if the Alberta Labour Relations Board approves the application.

In an interview, Christopher Monette, director of public relations for Teamsters Canada, said, “We are optimistic that we have enough support among Amazon workers and that the proposal will be accepted.” Hundreds of Nisku employees contacted the union and signed petitions seeking union representation, according to Monette.

In order for a union vote petition to be authorized in Alberta, the union must show that 40% of workers at a particular job site have signed a petition for union representation.

Amazon warehouse employees in Alabama voted decisively against unionization in April, prompting the Alberta application. A US labor board suggested a fresh election this month, claiming that the company’s anti-union activities may have influenced the result.

The lawsuit also comes just one day after Amazon announced plans to employ 15,000 additional full- and part-time warehousing and distribution workers in Canada at pay rates ranging from $17 to $21.65 per hour, as well as raise compensation for existing workers by $1.60 to $2.20 per hour. Benefits would begin immediately for new employees.

The Teamsters claimed in a press release that the pay increase was “in response to organizing efforts by the Teamsters Union across Canada,” but it still falls short of Teamsters-unionized workplace wage rates, which range from $24.50 to $31.93 per hour. Amazon employees who have been with the firm for a long time, according to Monette, are trapped at lower hourly wages.

The union also claimed that the pay increases corresponded with the removal of a $100 to $300 monthly performance incentive for workers. Workers were afraid, according to Monette, that the increased salaries would not allow them to make more money.

According to the union, Amazon warehouse employees are subjected to “severe expectations” such as picking up an item every nine to twelve seconds and facing disciplinary punishment if they fall behind, resulting in greater injury rates in Amazon facilities. Lower back and knee discomfort are frequent among employees, including those who are young and athletic, according to the report.

Discrimination and favoritism have also been alleged by Nisku employees, according to Monette. In June, the International Brotherhood of Teamsters, one of the country’s major labor unions, stated that organizing Amazon’s workers was a key goal.

Nisku employees can use the Teamsters local’s email address to report instances of pressure on the topic of unionization, as well as if management arbitrarily modifies working conditions or dismiss employees during the union campaign.